The Mardella couple bred Portland Sky who led all the way for a fighting victory in the G3 Red Anchor Stakes (1200m) on Saturday.  He had won a Ballarat maiden in August and kept progressing through a LR Poseidon Stakes placing at Flemington earlier this month.

The Andersons, who operate Anita Vale Stud south of Perth, bred him by using Newgate Farm sire Deep Field over their mare Sky Rumba (Shrewd Rhythm).  Catalogued through Alwyn Park (as agent) at the 2019 Perth Magic Millions, he made $85,000 to the bid of Mornington trainer Matt Laurie.

“I wasn’t sure about running him on a rain-affected track although we knew we were going to strike one at some point so I’m pleased we went ahead today,” Laurie said.  “He didn’t really handle it but he’s a quality horse and I’ve had faith in him since Day Dot.

“The low draw meant he had to go forward but he’s much better sitting off the speed and then showing that turn of foot.

“He’s not nommed for the (Gr.1) Coolmore Stud Stakes next Saturday and we might be a chance of going again if he’s jumping out of his skin.  This is still his first prep and I’m mindful of the fact we have to look after him because he’s a really nice horse.”

Laurie has also entered him for the $2 million Magic Millions 3yo Guineas (1400m) at the Gold Coast on January 16.

Portland Sky is the first live foal from Sky Rumba and he has been followed by a Blackfriars colt, Sessions filly and Universal Ruler colt born on September 30.  The mare is a half-sister to Blackfriars Listed winner London Line (Fairetha Stakes & Supremacy Stakes).

In-form jockey Ben Melham revealed Laurie was in two minds about starting Portland Sky on the deteriorating surface.  “He txt me this morning and said he might scratch today.  I told him ‘Don’t you dare’ and it all worked out.  Matt has faith in this horse and so have I.  He’s got good gate speed but was pestered in front so it was a solid performance.” 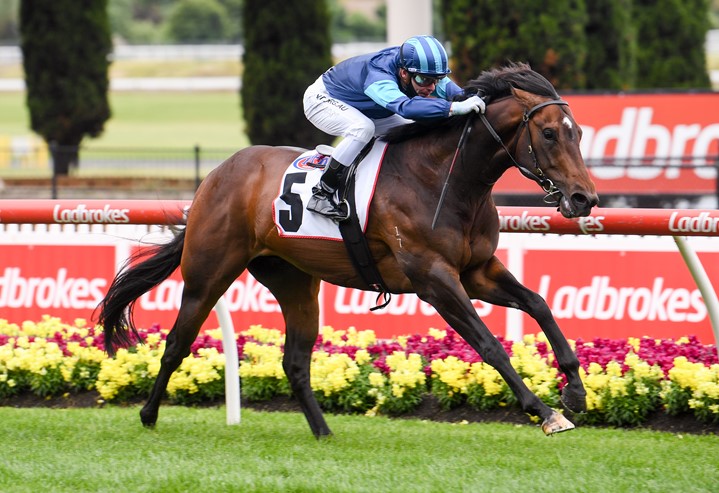