Powerful’s family has been a regular source of winners for Yarradale Stud over the best part 30 years.

The pedigree includes several gallopers who have lifted the bar to black-type and he will be given every chance to join them after the TABtouch Maiden (1200m) at Ascot on Wednesday.

Powerful (Nicconi) tracked the speed and then saved ground on the fence to fight off Trevern (Snippetson) and The White Witch (Bradbury’s Luck).  He was racing first-up since a May debut when run down as a $26 longshot at Ascot.

Trainer Neville Parnham is mobilizing a strong 3yo team with Powerful and stablemate Smashing the latest to muster ahead of summer campaigns.  “He was a gawky type early on but will mature into a more than useful galloper given time,” Parnham said.  “He keeps improving and more so since his last track gallop into today.”

Powerful is by Widden Stud sire Nicconi and carried the familiar Yarradale colours of owner Ron Sayers who bred and races him in partnership with Parnham and Paul Cooke.  His dam Brava Fortune (Falbrav) won a G2 Karrakatta Plate in the same green and gold kit while second-dam Fortune Streak (Pricelessly) won a LR Burgess Queen Stakes.

Brava Fortune’s final foal is a 2yo full brother to Powerful with Parnham.  Her only filly Good Fortune (O’Reilly) won at Ascot and she will maintain the family link with Yarradale after a maiden cover to War Chant (USA) this season.

Yarradale manager Bernie Hamill expects to send down about 25 yearlings to the 2021 Perth Magic Millions in February.  Among the War Chants is the solidly-built full-brother to Ascot 2yo winner Super Stardom and the classy-looking half-sister to Beffunjar (Blackfriars) who completed an Ascot hat-trick for Parnham last December. 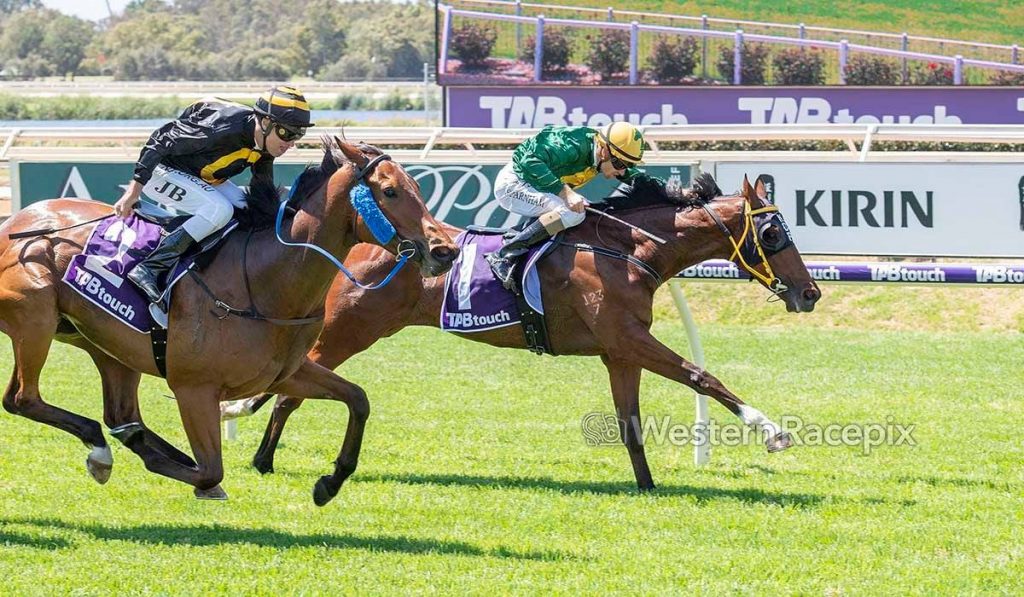