Sessions turns back time at Ascot

Comes A Time turned back the clock for his sire Sessions when returning from a spell and a change of stables at Ascot on Saturday.

Saddled up for the first time by Justin Warwick, he had received a late call-up from the emergency list to score an on-pace victory in the Devil’s Lair Hcp (1200m).  “I’ve had him for about 12 weeks,” Warwick said. “He’s only a plain worker but is obviously a better horse on raceday.”

Comes A Time sat outside the speed before accelerating to a one-length victory over Bragwell (I’m All The Talk).  Originally with Brett Wilkinson, he had been the first winner for Sessions when scoring on debut at Belmont in May 2019.

The Oakland Park stallion has subsequently improved his career stats to 20 individual winners at a 61% strike-rate.  His chief earner has been Massimo with prizemoney of $724,880 accrued after Listed victories in the Placid Ark Stakes and Farnley Quality.

Let’s Go wasn’t covered for three seasons after foaling Comes A Time, however, she returned to the breeding barn last year and delivered a Sessions filly in September.

Written Beauty (3f Written Tycoon – Beauty World by Danehill Dancer) was ridden by Willie Pike for Team Hawkes and is a half-sister to the Oakland Park-bred stakes winners Ducimus (LR Talindert Stakes) and Lite’n In My Veins (G3 Northerly Stakes).

Oakland Park owners Neville & Susan Duncan had purchased Beauty World for $50,000 at the 2012 Inglis Easter Broodmare Sale and her last foal to carry their XX5 brand was Glamorize (Sepoy) who made $400,000 at the 2018 Inglis Melbourne Premier Yearling Sale.

Orbis Bloodstock, who bought Ducimus for a sale-high $700,000 at the 2016 Inglis Premier, bred Written Beauty and they also have a yearling filly by I Am Invincible from Beauty World. 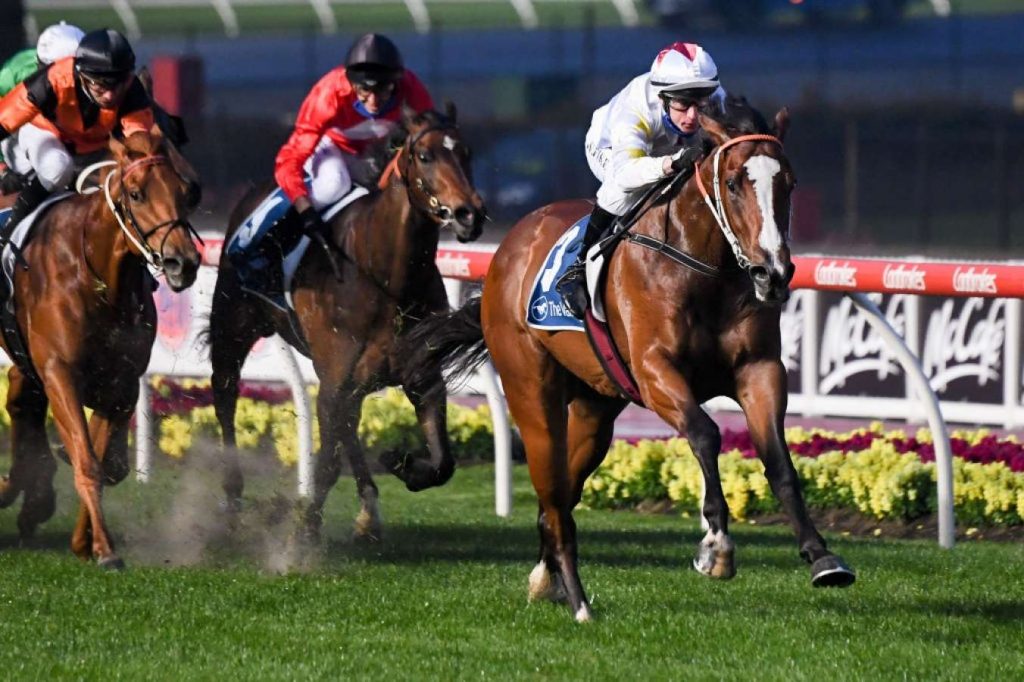