Shaun McGruddy had to revert to Plan B when Chantorque missed the start of the Crown Towers Hcp (1000m) on Saturday.

The 3yo daughter of Yarradale champion War Chant (USA) had won on debut at Ascot in March and was expected to play a leading role from the inside barrier at Ascot.  “We wanted the front but she was a half-stride slow so I had to ride for luck in the straight,” McGruddy said following the first-up victory.  “She was travelling and when the run came, she did the rest.”

Chantorque races for a large syndicate after trainer Russell Stewart leased her from Queenslea Park breeders Alan and Aaron Morton.  “They’re first-time owners and will buy into two or three more now!” Stewart said.  “She was supposed to go through last year’s Magic Millions but the Mortons decided to retain her and keep a link with the family.”

Chantorque is the final foal and third winner from Contortion (Redoute’s Choice) who won at Warwick Farm for Sheikh Mohammed.  Second-dam It’s Who Deanie (Fuji Kiseki) won a Flemington nursery and was runner-up in a G2 Wakeful Stakes.

“She has that Wow Factor,” Stewart added.  “She was up against older horses today and doesn’t actually turn three for another couple of weeks.  ‘Shooter’ rode some really good young ones last season and he told me she was as good as them.

“She’s strong around the chest and bum and we still have blinkers up our sleeve.  She will get over ground and will be better again in the autumn.”

War Chant has a couple of smart youngsters trialling from his latest 2yo crop starting with Lark Hill winner Champagne Dame.  She is with Impressive Racing trainer Darren McAuliffe and is the final foal of Heptonstall (Octagonal) who won a G3 Winter Stakes in Queensland. 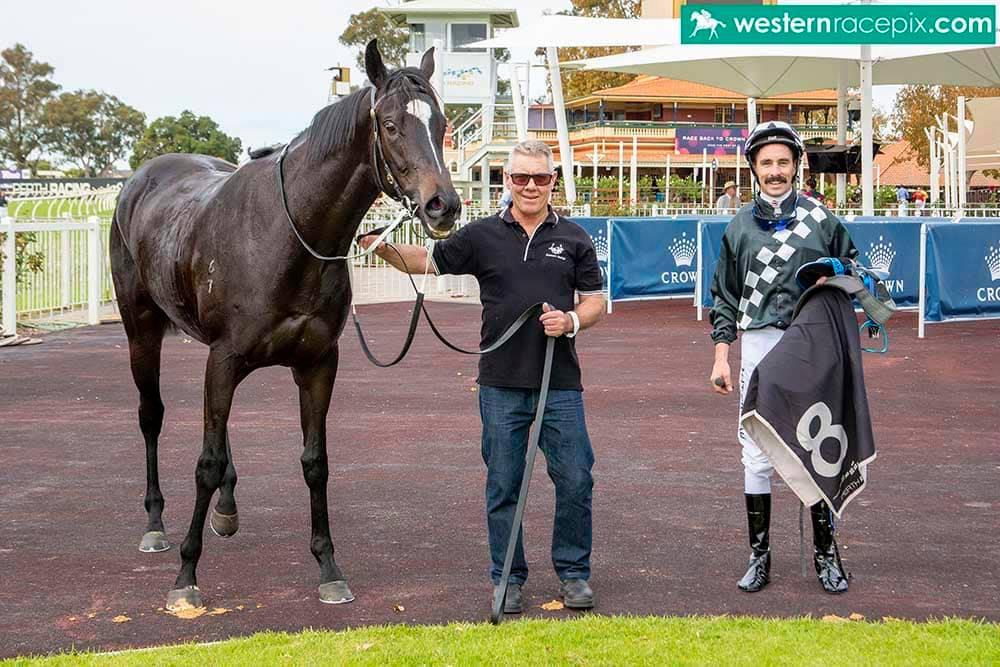