Steve Wolfe has monopolized the Great Southern training ranks for the last 15 years and he started this season with a treble at Mt Barker on Sunday.

First-leg winner The Spruiker (I’m All The Talk) was followed by Toscana (Demerit) and Sea War (War Chant).

“It was Kristo’s first ride for us and he made all the right moves,” Wolfe said.  “Hopefully, it’s the start of another highly successful season in the Great Southern.”

The Spruiker was racing second-up this season following an Ascot loss behind Em Tee Aye (I’m All The Talk) last month.  He was bred by Wolfe and is the first foal from his Belmont-winning NZ-bred mare Pins Perhaps (Pins).  Her final foal is a 2yo son of Playing God.

Wolfe was a ground-floor supporter of I’m All The Talk and also prepares his first-crop star Watch Me Dance (G3 WA Sires’ Produce Stakes) and recent Belmont winner Bragwell. 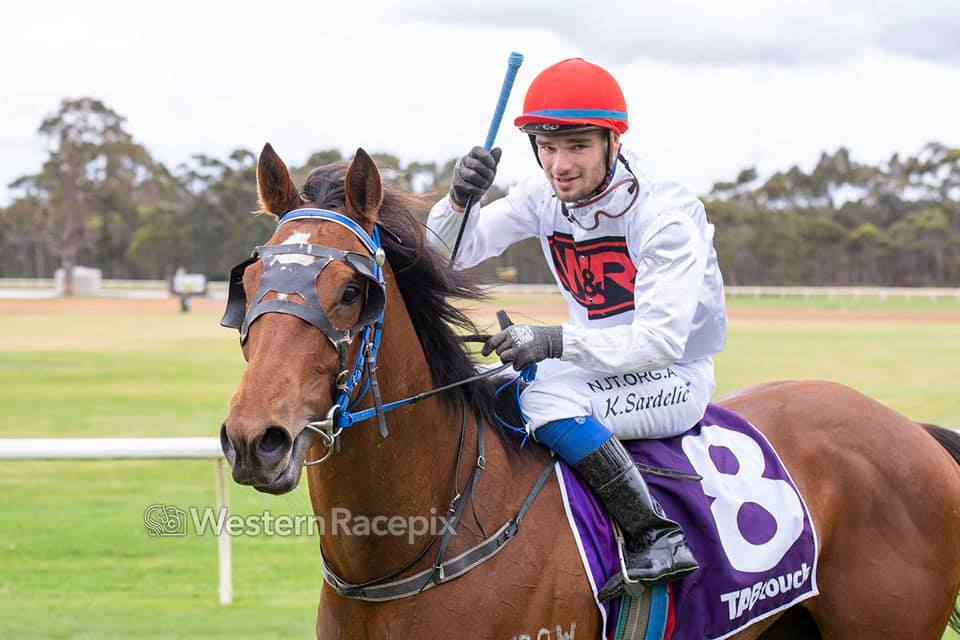