Former Taunton Vale sire Demerit put punters behind the eight-ball when Lorentinio and She’s Got Merit filled out a $1,350 running-double at Ascot.

Lorentinio (7g Demerit – Tribal Secret by Tribu) was a $24,000 Taunton Vale graduate from the 2015 Perth Magic Millions and Saturday’s victory in the Amelia Park Hcp (1400m) increased his returns to over $261k for clients of trainer Jim Taylor.

She’s Got Merit (5m Demerit – Vintrack by Blackfriars) was sold by Scenic Lodge for $20,000 at the 2017 Perth Magic Millions to a syndicate managed by Nick Petrides.  She has found a new lease of life for Gingin trainer Ash Maley winning first-up at Geraldton before unleashing a whirlwind finish to land the Mrs Mac’s Hcp (1400m).

The final crop of Demerit will be offered at the 2021 Perth Magic Millions and among them is the full-sister to Six Carat being offered by Taunton Vale’s Nina Johnson.

Six Carat was a very impressive last-start winner at Ascot and is being set for the Magic Millions WA 2YO Classic RL at Pinjarra in February.  She is owned by an all-female syndicate and is eligible for a $75,000 bonus over and above the $250,000 in prizemoney.

Taunton Vale has 7 yearlings entered for the Swan Valley Sale in February and the Demerits will be accompanied by the second crop of Redoute’s Choice sire King’s Troop.  That crop includes a half-brother Lorentinio and Danny George (5 wins & $189k).

The Gangemi family purchased King’s Troop as a stallion prospect after he was placed behind Japonisme in the G3 San Domenico Stakes at Rosehill.  The winner franked that form with a Group 1 victory in the 2015 Coolmore Stud Stakes at Flemington

“We bought King’s Troop off Arrowfield Stud and he had a couple of runs over here but unfortunately he succumbed to an injury,” trainer Chris Gangemi said.  “But being a three-quarter brother to Snitzel meant there was definitely no blood like him in the west.

“He’s thrown some unbelievable types and his oldest are two-year olds.  He hasn’t had any runners yet but there’s massive raps already.  We’ve got a couple and we’re taking our time as we’ve got a big opinion of them.” 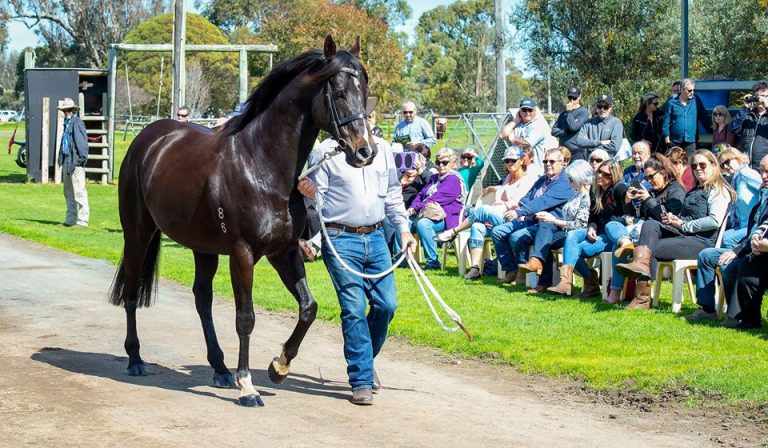