Local trainer Stephen Rowe was pleasantly surprised when Classy Macro delivered a $51 shock result for punters at Ascot on Wednesday.

The Yarradale Stud-bred sprinter had been beaten 20 lengths first-up after a spell last month but bolted in by more than two lengths in the Glenroy Chaff Hcp (1200m).  His only other win was at Pinjarra in June when he streeted a maiden field by six lengths.

“He got flogged last time so I didn’t come in with a lot of confidence,” Rowe admitted.  “But he did work well here on Saturday morning and we tweaked his gear and put the tongue-tie back on today.

Classy Macro (4g Vital Equine – Pretentious by Towkay) will return for the $100,000 Westspeed Platinum Series Final (1400m) at Ascot on November 28.  He was purchased for $50,000 from Yarradale at the 2018 Perth Magic Millions and is a half-brother to winners by Yarradale sires Citidancer (2), Scandal Keeper (2) and War Chant.

Winning jockey Madi Derrick was impressed after the powerful victory over Ghost Who Walks (God Has Spoken) and Precautionary (Safeguard).  “He was rolling and, being a big horse, I gave him plenty of room coming off the corner.  I was very happy when he went straight past the leader.”

Vital Equine (Ire) stands at Roselee Park by arrangement with Yarradale and his evergreen galloper Material Man will attempt to win the G1 Railway Stakes (1600m) at the third time of asking this Saturday.

Material Man was beaten less than a length into fifth spot in the 2016 Railway and was third home in the 2017 renewal behind Galaxy Star and Gatting.  He’s on a hat-trick first-up over a mile following wins in the G3 Strickland Stakes and Swan River Vase at Belmont in July. 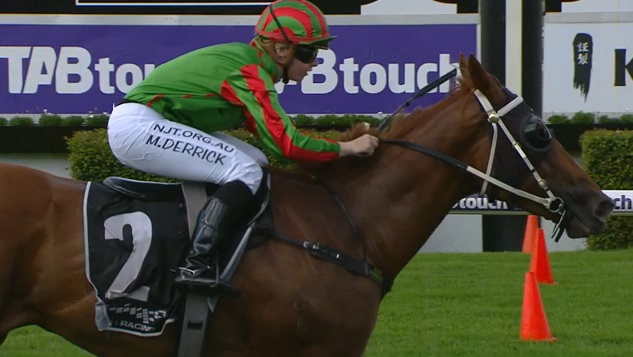