Gold Front Thoroughbreds has won its first black-type of the season with Snickerdoodledandy in the LR Burgess Queen Stakes (1400m) and a second may not be far away with Acromantula.

Racing in Gold Front’s gold and black silks, they are both destined for lucrative campaigns following exciting wins at Ascot on Tuesday.

Snickerdoodledandy (3f Snitzel – Crafty Irna by Starcraft) had doubled up in Belmont nurseries for trainer Dan Morton in July and had to overcome a slow start to collar stablemate Kissonallforcheeks (Written Tycoon) close to the post.

“I thought she was in a bit of trouble early on,” Morton admitted.  “She was off the bridle but is well-above average and got the job done.  They will both go to the (G2) Champion Fillies and then we will let the dust settle before deciding a start in the (G1) Kingston Town Classic.”

Acromantula didn’t put a foot wrong earlier in the day with a front-running victory in the Run And Eat A Kebab Hcp (1000m).  He had been unbeaten in three trials and started a short-priced favourite on debut in front of a massive Melbourne Cup day crowd.

“We have a very high opinion of this horse,” co-trainer Ben Pearce said.  “He has a lot of natural speed and we did tell Joey (Azzopardi) to try and teach him to settle at the trials.  But we realised that’s his best asset and you can’t take that away from him, especially from the inside barrier today.”

Acromantula (3c Written Tycoon – For Your Eyes Only by Bletchley Park) is a homebred for the Olives and is bred to go to the next level.  His dam won 10 races topped by Listed victories in the Gimcrack Stakes, Ascot 1000 Guineas and Beaufine Stakes.

Pearce suggested his next assignment will probably be the LR Placid Ark Stakes (1200m) at Ascot on November 21. 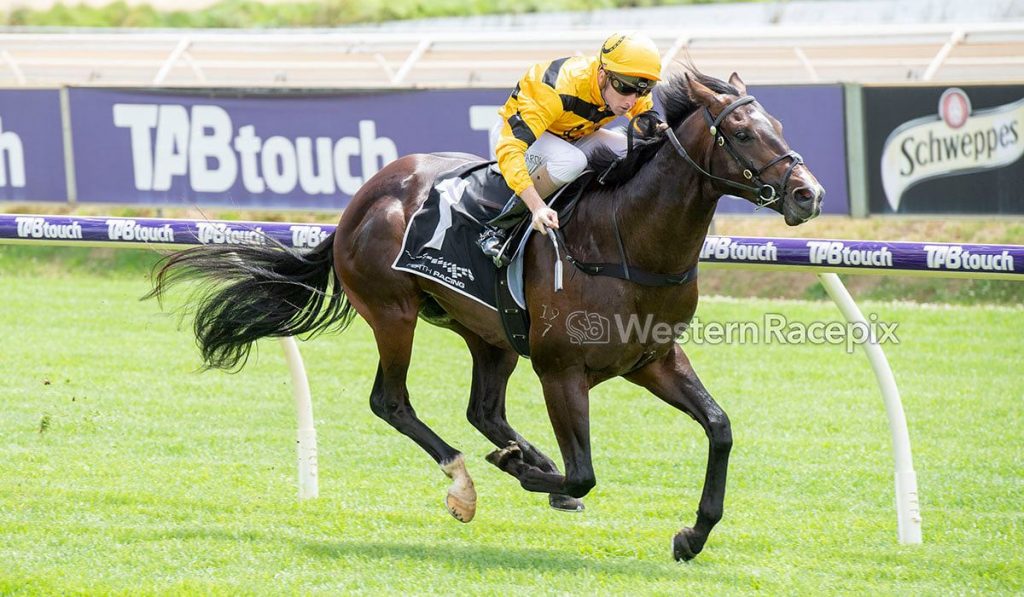