Watch Me Dance can emulate Arcadia Queen if she beats the colts to claim the G3 Champion Fillies – G2 WA Guineas double at Ascot next weekend.

The Steve Wolfe-trained filly rubber-stamped her WA Champion 2YO Award with a thrilling victory in the spring grand-final for the fairer sex on Saturday.

Watch Me Dance (3f I’m All The Talk – Coventry To Rio by Oratorio) benefited from an inch-perfect Shaun McGruddy ride to defeat Indigo Blue (Blackfriars) by a nose in the Champion Fillies.  NZ-bred filly Brave Angel flew home for a long-head third on an unseasonal surface that had been downgraded to a Heavy 8.

“She’s the best 3yo in the State and had no luck last time in the Burgess Queen,” Wolfe declared.  “But we got it all right today.

“This is what it’s all about.  She’s raced by the girls which makes it so special.  You can’t put a price on it but this sort of result can revitalize the industry.  And it’s great to see David Houston here from Magic Millions.  He’s been a great supporter of my stable and many others.”

Watch Me Dance was purchased by Commercial Bloodstock’s Noel Carter for the ladies syndicate at the 2019 Perth Magic Millions.  She cost $34,000 from Mungrup Stud and has now earned $495,000 in prizemoney and Westspeed bonuses.

Wolfe subsequently reported the winner had pulled up well and he will monitor her progress before committing to a start in the $500,000 WA Guineas.

Saturday’s first Group 1 program of the season at Ascot is also shaping up as a defining one for Darling View Thoroughbreds and its sires I’m All The Talk and Playing God.  Both stallions were purchased by the Mundijong nursery before the dispersal of Mungrup Stud in August.

Darling View stands Playing God, however, after colic surgery last week, he will not be covering any more mares this season.  I’m All The Talk is available for $6,600 alongside Patronize ($4,400) and Lucky Street ($4,400).  All fees (inc GST) payable April 2021.  Free Return (Conditions apply). 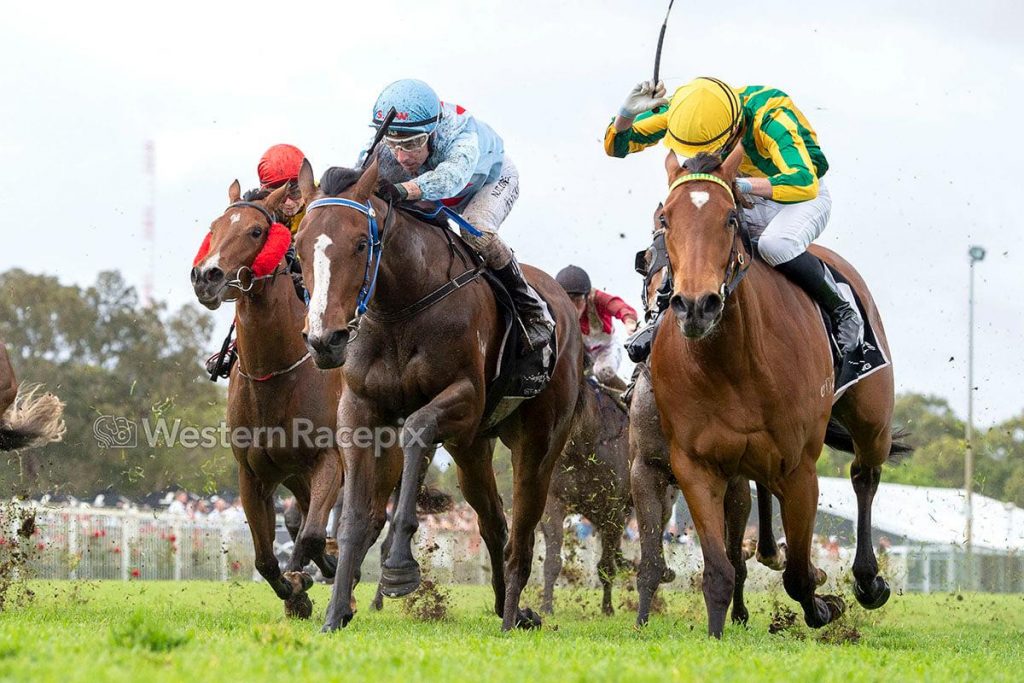