Heavenly Waters became the first winning graduate from Secret View Thoroughbreds with an on-pace victory in the $100,000 Crystal Slipper Stakes (1100m) on Saturday.

Appearing on debut at Ascot, she jumped smartly and sat outside the leader before breaking clear from Astrape (Snitzel) and Flying Missile (Cable Bay).

Heavenly Waters (2f Headwater – Serafina by Snitzel) was one of 9 yearlings prepped by Secret View’s Tony and Di Marwick for the 2020 Perth Magic Millions.  It was their first draft from Elleker in the Great Southern and the Crystal Slipper winner was purchased by trainer Roy Rogers for $9,000.

“She’s only 430kg but she’s tough and she’s got a motor,” Rogers said after the filly saluted at $19.  “She had won an Albany trial and I told all my owners on MiStable to have something each-way.

“She doesn’t carry much weight and her shins are perfect.  We will take her back home and see how she pulls up but we’re going to look after her.  It would be great if we could came back next prep for a race like the Karrakatta.

“There’s not much of her but she looked a nice walker and is well-bred.  My old mate Tony told me the clock was ticking and I thought she was worth the opportunity at that price.”

Lucy Warwick reported Heavenly Waters travelled like a professional.  “Roy told me to be positive and lead or sit outside the lead.  She looked up at the stadium and the big crowd in the straight but then kicked and finished off super.”

Secret View Thoroughbreds passed-in several of its yearlings at the Swan Valley in February and among them are the Dean White-trained duo Butterfly House (The Last Lion) and Moet’s Secret (Scissor Kick) while Steve Wolfe is preparing Beads (Star Turn) and Let’sdeal (Dundeel). 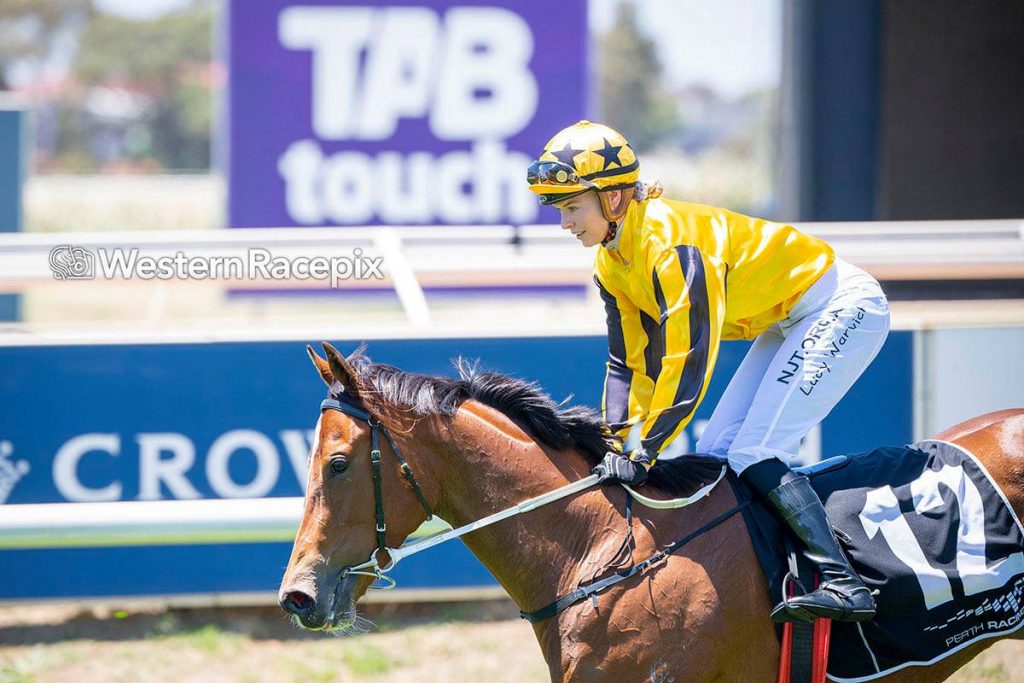