Ascot’s Group 1 meeting provided the perfect stage for Watch Me Dance and her young sire I’m All The Talk in the G2 WA Guineas (1600m).

The Albany-based 3yo filly (pictured) led home a quinella for I’m All The Talk when she defeated Em Tee Aye in the $500,000 classic on Saturday.

Watch Me Dance is in rare company after completing the G3 Champion Fillies – G2 WA Guineas double in successive weekends.  Peters Investments star Arcadia Queen is the only other 3yo to complete the double since 1959.

I’m All The Talk (Stratum) has charged up the WA Top 10 sires’ premiership since being purchased to stand at Darling View Thoroughbreds in August.  He won the WA 2YO and first-season titles in 2019-20 and is currently in third place behind Kermadec (Darley) and Pride of Dubai (Coolmore) on the Australian second-season table.

“This is what makes racing – it’s not those of us who are here every day and who work in the game,” trainer Steve Wolfe told ANZ Bloodstock.  “It’s these owners, these girls.  She’s made a lot of people very happy.  It’s just wonderful.

“I said it after the Champion Fillies and I will say it again, you just can’t put a price on these things.  She’s clearly the best 3yo in WA.  I was a bit worried that she might have worked too well on Wednesday morning.  But we got her here in one piece and she did the rest.”

I’m All The Talk has improved her pedigree being the family’s first stakes winner in three generations going back to G3 Up And Coming Stakes (1200m) winner West End (Zephyr Bay) in 1992.

Her dam Coventry To Rio (Oratorio) was knocked down to Trafalgar Racing for $70,000 at the Mungrup Stud dispersal in August and she subsequently foaled a filly by Playing God. 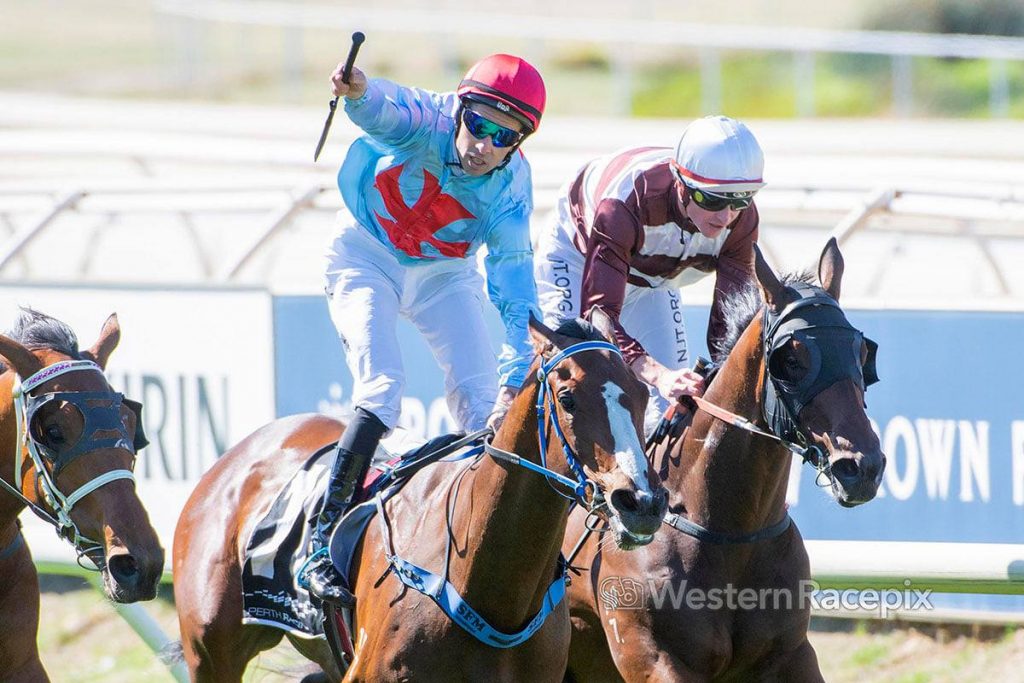