Brad Parnham earned every cent of his percentage with an perfectly-timed ride on Kallaroo in the LR Fairetha Stakes (1400m) on Saturday.

The All American 3yo settled three back on the fence off a slow pace at Ascot and was under double-wraps when they balanced at the top of the straight.  Parnham manoeuvred him away from the rails and into a gap to collar the leader close to home before fending the flying finish of Western Empire (NZ).

“I was a bit worried waiting for the run but when the gap came he really finished the job,” Parnham explained.  “I was riding for luck and, to his credit, he probably didn’t have enough time to work up any momentum so 1600m should be right up his alley.”

Kallaroo is the 6th stakes winner for Geisel Park stallion All American and the Fairetha continued the remarkable run of success for Dan Morton’s 3yo team.  He supplied the LR Burgess Queen quinella with Snickerdoodledandy and Kissonallforcheeks last Tuesday and they have been set for the G2 Champion Fillies (1600m) this Saturday, November 14.

Kallaroo will head to the G2 WA Guineas (1600m) on November 21.  “We knew he was going to develop into a really nice horse after winning his maiden at Belmont back in July,” Morton recalled.  “He’s been a bit unlucky this prep and never got out at Northam last time.

“The general consensus is the 3yo girls have got the wood on the boys at the moment although I guess we will see when it comes to the crunch.  But take nothing away from this horse.  It was a very good win today.”

Kallaroo is a homebred for David Reed and is the only foal of Kamballie (Blackfriars).  Reed had purchased his second-dam Obtrusive (Telesto) at the 2005 Gold Coast Magic Millions Yearling Sale and she paid her way winning at Ascot and Belmont.

Besides Kamballie, Reed also retained another daughter Yaloginda (Trade Fair) to keep a link with the family and her latest foal is a filly by Godolphin stallion Epaulette born on October 8.

All American has moved into third spot on the WA sires’ tables and will burst through the $1 million barrier if Kallaroo wins the WA Guineas.  Ladbrokes has Snickerdoodledandy and Peters Investments filly Magical Dream equal $6 favourites for the classic with Kallaroo at $12. 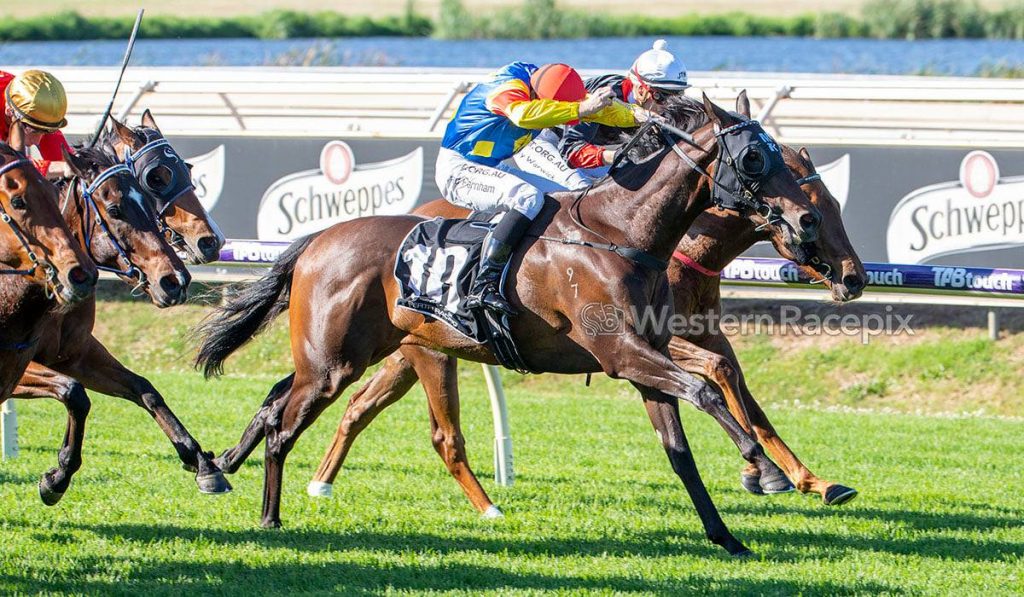