Kay Cee has maintained her prominent position in markets for the G1 Railway Stakes (1600m) and G1 Kingston Town Classic (1800m) in reaction to the continuing stand-off with interstate flights into Perth.

On Monday, racing.com in Melbourne reported Perth Racing is bracing for the likelihood of no more flights into Western Australia until the end of the month.  Air Horse Transport’s Chris Calthorpe said the WA government’s tough COVID-19 border restrictions made it impossible for him to get horses across until Monday, November 30.

That’s after the G1 Railway Stakes (November 21) and just five days before the G1 Kingston Town Classic (December 5).  “The Premier has shut the border so the Perth carnival is going to suffer,” Calthorpe added.  “It’s obviously not going to be a very strong Railway.”

The Kay Cee camp is taking plenty of confidence out of her resounding victory in the G2 Lee-Steere Stakes (1400m) at Ascot last Saturday.  The Playing God mare let fly with a brilliant turn of foot to win with something to spare from Red Can Man and Kementari.

“It’s no secret she was behind the eight-ball fitness-wise first-up but we’ve just seen the real Kay Cee,” trainer Neville Parnham said.  “I’ve been very happy since that run three weeks ago and she’s been building nicely for today.  She rounded them up and is right on track for the Railway & Kingston Town.  This is just a bonus on the way.  And I’ve left a bit in the tank for those targets.”

Kay Cee (4m Playing God – Flirt ‘N’ Hope by McFlirt) won last year’s Kingston Town and returned for a two-start winter prep winning the LR Raconteur Stakes and LR Belmont Guineas.  She is a homebred for Glen & Kathy Edwards and has carded 7 wins in 12 starts for prizemoney of $1.25 million pumped up by Westspeed bonuses of $149,600.

The Edwards family has bred from Kay Cee’s family going back to the 1970s.  Until now, the best has been Lizzy Long Legs (Steel Glow) who won the G3 Scahill Stakes at Ascot in 2000 following a Group 1 placing behind Northerly and Old Comrade in the Railway Stakes.

Playing God (Blackfriars) is sitting in second-place on the WA stallion ladder behind his own sire and the million-dollar races ahead could see a major change to its make-up in the next month. 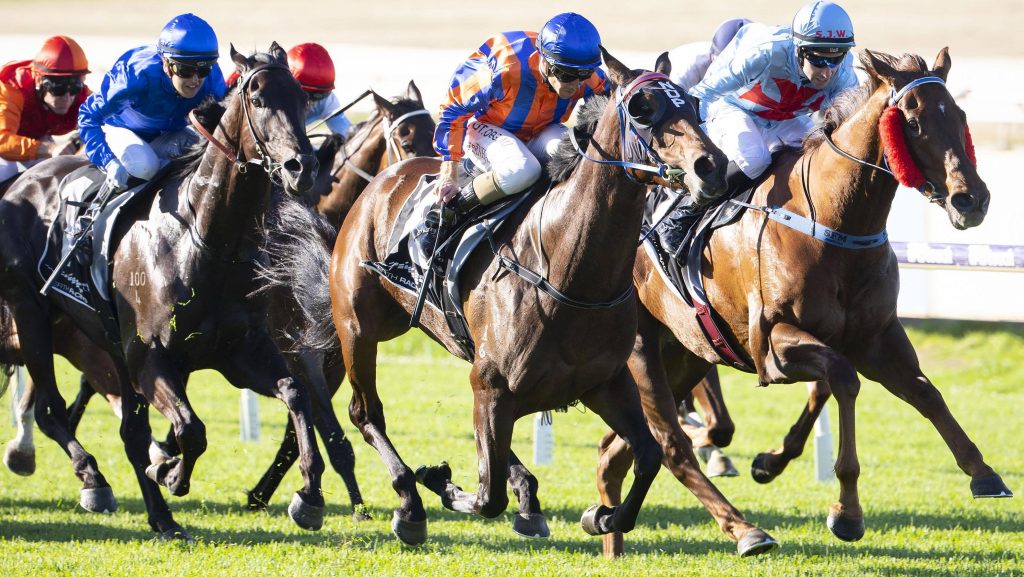