Patronize (Redoute’s Choice) is a three-quarter brother to Exceed And Excel and he sired three of the first four home in a blanket-finish at Ascot.

The winner is a Darling View homebred trained by David Harrison and is the final foal from a mare who cost them $30,000 at the 2013 Magic Millions National Broodmare Sale.  She has won 4 of her 14 starts and the latest was worth $59,000 plus a black diamond pendant worth $6,650.

Solid Azza was second-last in a capacity field on the corner before launching a late burst.  “That was an amazing win,” Darling View manager Brent Atwell said.  “She gets back and they’re not coming from behind this afternoon but we were hopeful.

“The Breeder Awards are being held in the grandstand today and it’s great to share the moment with everyone.  We’re a long way from the finish and I didn’t think she had won until I saw the replay.”

Atwell, his wife Kasey and parents Clive & Trish have commenced yearling preps for the 2021 Perth Magic Millions in February after their busiest stud season on record at Mundijong.

Until June, they envisaged standing Patronize alongside G2 Karrakatta Plate winner Lucky Street (Oratorio) but the roster doubled in August when Playing God and I’m All The Talk arrived from Mungrup Stud.

Patronize has sired 100 individual winners of over 300 races and his strike-rate is among the highest in Western Australia at 73% winners-to-runners.  His best to date have been Miki Two Toes (LR Farnley Quality), Chix Pic (LR Perth Stakes) and Enchanted Dream (RL Magic Millions 3YO Trophy).

Darling View is a partner in Western Breeders’ Alliance and will offer two Patronize colts among the WBA consignment to the Perth Magic Millions.  The Jev Express (Lot 168) is a full-brother to Neville Parnham’s Belmont winner Lookout and the Belavenir (Lot 267) is from a family with 10 European stakes winners under her second-dam. 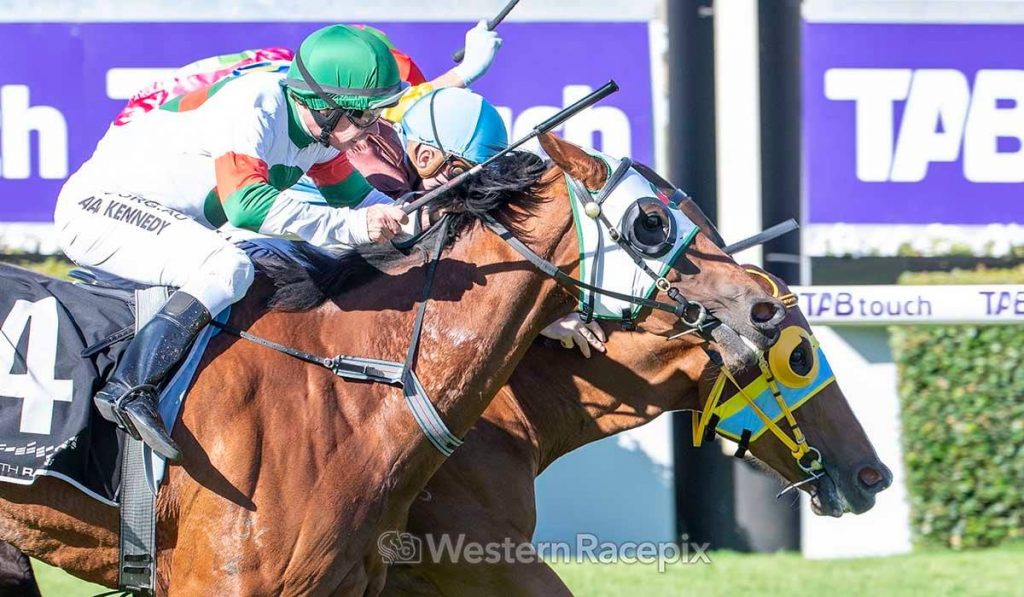