WA trainer Tiarnna Robertson ended her extended stay in Victoria by winning in style as Fabergino (Maschino) relished a return to a short-course sprint in Saturday’s Living Legends Hcp (1000m) at Flemington.

Robertson has spent the past three months in Victoria, a time in which she had to deal with a broken leg as a result of being kicked by the mare.  She believes Fabergino is a 1000m specialist and the six-year-old proved that again when getting the better of Prezado (Denman) and William Thomas (Nicconi).

Robertson has had two surgeries the past five weeks.  “It’s really good to get a win out of this trip.  The leg’s mending and this is a positive out of the negative,” she said.  “I should be hopefully back on a horse in a couple of weeks.”

Winning jockey Jordan Childs said the win was similar to her LR Hoysted Stakes (1000m) victory at headquarters earlier this year.  “We were challenged but she always felt like she was going to fight them off,” Childs said.  “She’s a horse with a bit of ability.”

Fabergino (6m Maschino – Miss Razyana by Danzero) will remain in Victoria and have a short break before being aimed at the G1 Lightning Stakes (1000m) at Flemington on February 13.  She was bred by Jimmy Anderson who stands Maschino in association with Alwyn Park studmaster John Andrew in Serpentine.

Anderson will sell two colts and two fillies by Maschino under the Lonsdale Park Stud banner in the Swan Valley.  The first filly to go under the hammer is from Magna Cat (One Cool Cat) making her a full-sister to last-start Ascot winner Mr Delegator who holds a nomination for the G2 Perth Cup (2400m) on January 2. 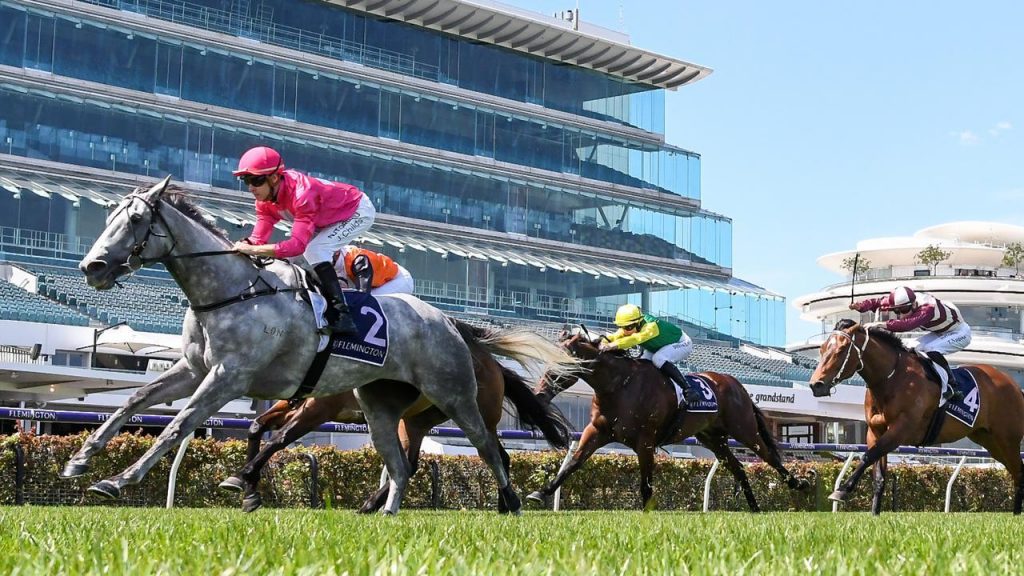