He was mob-handed with five runners but was concentrating on the winner when she landed one-out and three back for Brad Parnham.  “We’ve been lucky enough to get a good 3yo team together this season,” Morton said.  “A couple of them had torrid runs today but Kissonallforcheeks was ridden a treat by Brad to get the job done.

“I know how good she is and, on the corner, I was pretty confident she would be hard to beat.”

Kissonallforcheeks (3f Written Tycoon – Rosie Rocket by Blackfriars) complete an Ascot hat-trick on either side of a winter spell before a half-length second to stablemate Snickerdoodledandy in the LR Burgess Queen Stakes on November 3.

After struggling on a Heavy 8 in the G3 Champion Fillies last time out, she was back to her best on firmer ground in the Lee-Steere Classic.  “I didn’t want her to fire up and luckily we lobbed in a nice spot,” Parnham said.  “She settled and was just too good for them with that devastating turn of foot.”

Kissonallforcheeks loomed large at the furlong and lengthened for a convincing victory over Solaia (Toronado) and Western Empire (Iffraaj).

Dawson Stud’s Graham Daws bred her from Rosie Rocket who won the LR La Trice and LR Starstruck Classics in 2011.  He sold her through the Newhaven Park draft for $120,000 at the 2019 Gold Coast Magic Millions.

Rosie Rocket followed up with a Star Witness filly that was retained by Daws.  She has been named Star Of Rosie and is with leading trainer Adam Durrant at Karnup. 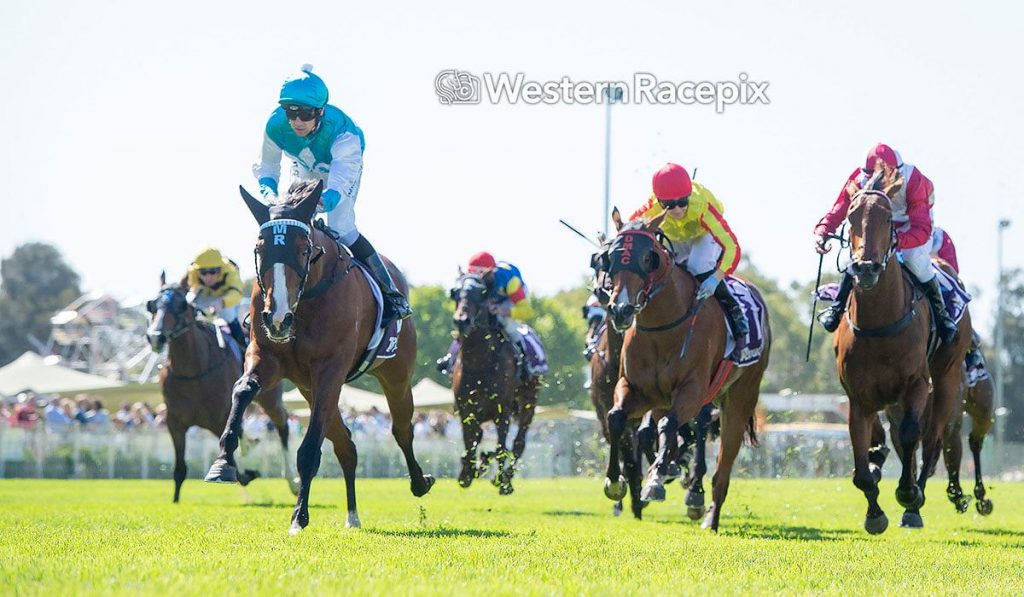