Home Mr Delegator in for the fight at Ascot

Mr Delegator in for the fight at Ascot

The Maschino connection has been a winning one for trainer Tiarnna Robertson with 6 winners of 16 races by the Encosta de Lago stallion who is based at Alwyn Park Stud.

The majority have been bred by Jimmy Anderson and he was on hand with a large syndicate to watch Mr Delegator maintain that strike-rate in the Crown Perth Hcp (1600m) on Saturday.  The lightly-raced gelding fought off the favourite Bragwell (I’m All The Talk) for his second win in town following a Belmont victory over 2100m in August.

Robertson is in Melbourne and was represented by her partner Andrew Beckett at Ascot.  “He’s a bit one-paced but loves to lead and can dig deep when challenged.  He wants it longer than a mile and is going to get tougher over more ground.”

Mr Delegator (4g Maschino – Magna Cat by One Cool Cat) is the first foal from a mare who won three races over a mile at Belmont.  She has a 2yo colt and a yearling filly by Maschino.

“He’s hard to pass and is a typical Maschino,” jockey Mitch Pateman said.  “He can keep rolling off a good tempo and was in for the fight today.”

Robertson has nominated Maschino stakes winner Fabergino for a sprint next weekend and is hoping the grey mare is on her best behaviour.  She kicked Robertson’s leg and broke her tibia in two places in October.  She also has screws in her face following a similar incident last year.

Fabergino is the best of the stock by Maschino winning the G3 Northam Stakes at Ascot and LR Bob Hoysted Hcp at Caulfield.  His stakes-performers to winners strike-rate is an amazing 32%. 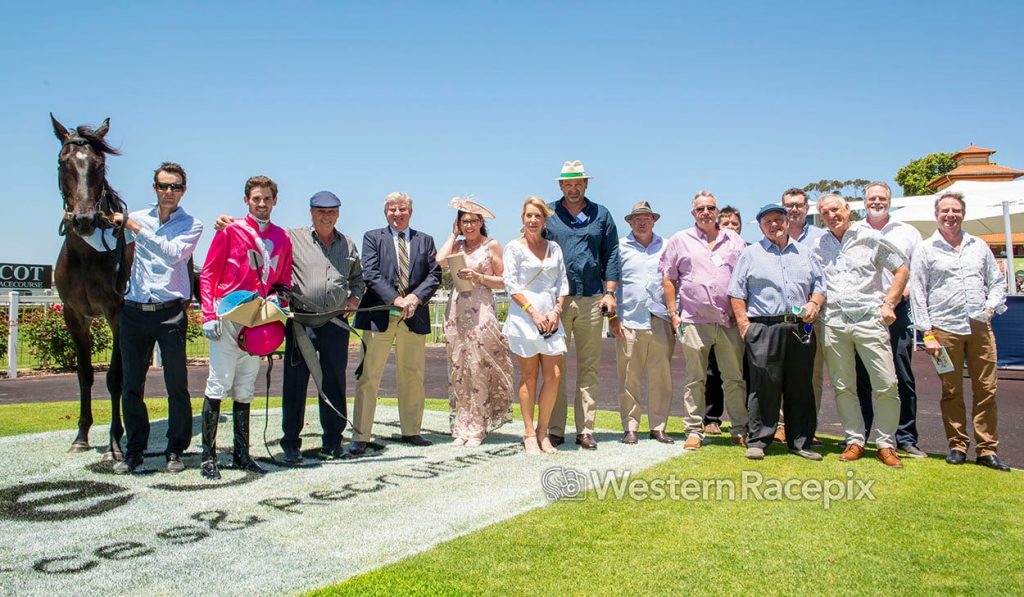