Turrell turns back clock at Ascot

Long-time Ascot trainer Bob Turrell broke a long drought at his home track when Alien From Mars broke her maiden in the TABtouch-Better Your Bet (1200m) on Saturday.

Alien From Mars didn’t debut until last year and Turrell’s persistence is finally paying off with the 5yo daughter of War Chant (USA).  She settled in the back-half of the field for Clint Johnston-Porter before powering home to defeat Scooter’s Machine (Maschino) and Seminole Brave (War Chant).

“I have no idea when I last won a race here,” Turrell said after bringing the $26 outsider back to scale.  “I have an opinion of her – that’s why I’ve kept her so long.  I told my mate ‘Squiggly’ this morning that this is the best I’ve ever had her.  We backed her each-way so we’ve got something.”

Johnston-Porter said he didn’t get a chance to chat with Turrell before the race.  “He was leading the mare but I knew she had nice turn of foot.  We settled a couple of pairs further back than I wanted but she really rattled home.”

Alien From Mars is a homebred for Turrell out of Salavat (Soviet Lad) who also foaled Belmont winner Rikki Tikki Tavi (Shrewd Rhythm) for the hands-on trainer in July 2015.

It’s a long-standing Western Australian family that has been producing feature winners for over a century.  Her 4th dam Queen Mark (Remarc) won the 1953 WA Sires’ Produce Stakes while her 9th dam Trionia (Tremando) won the 1901 WA Derby.

War Chant (Danzig) sired a city-winning double on Wednesday with Witchfulthinking (Sandown-Hillside) and Leica Jaguar (Ascot).  He stands at Yarradale Stud and has 6 yearlings among its draft of 25 lots to the 2021 Perth Magic Millions. 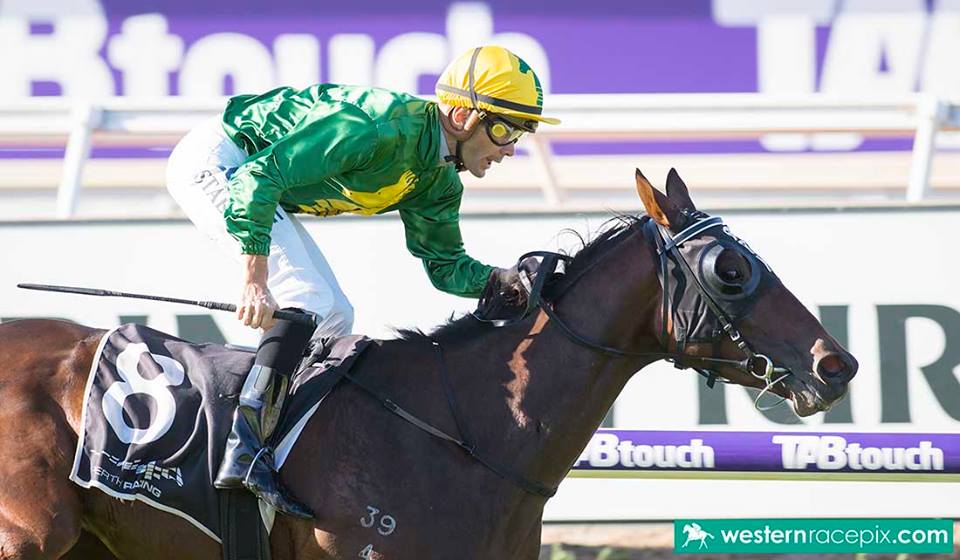