Homebred filly Hot Mix looked readymade carrying the Oakland Park colours to a resounding victory in the Happy 40th Birthday Jon Maiden (1200m).  She mustered speed to take up a forward position for Jade Mc Naught and then responded to cut down the leaders in the straight.

Hot Mix is a 3yo daughter of Darley stallion Street Boss (USA) who sired Elite Street to a Group 1 triumph in the Winterbottom Stakes on November 28.  They are both out of mares from the Danehill sireline.

Oakland Park’s Neville & Susan Duncan bred her from Danana Smoothie (Danetime).  A half-sister to their LR Northam Cup winner Pushin’ Shapes, she has now thrown five winners and there are a couple of colts by Sessions in the pipeline.

Handsome Bo Bo (Helmet) notched another Darley-sired victory for Oakland Park in the Fleming Hcp (1000m) at Happy Valley last Wednesday.  Kept in touch with the leaders first-up after an injury-enforced spell, he stayed on strongly in the final furlong to increase his earnings to the equivalent of AUD 863,000.

Previously trained by Manfred Man, he’s a new stable addition for Danny Shum after being transferred by the Champions Syndicate.

Handsome Bo Bo is the final foal from French-bred mare Sadler’s Girl (Sadler’s Wells).  She was bought by agent Damon Gabbedy, in foal to Helmet, on behalf of Oakland Park for $80,000 at the 2013 Magic Millions National Broodmare Sale.

The Duncans sold him for $120,000 through Blue Gum Farm at the 2016 Inglis Melbourne Premier Yearling Sale.  He was pin-hooked by Esker Lodge and his value increased to $240,000 when targeted by Willie Leung’s Magus Equine at the 2016 NZB Karaka 2YO Sale.

Sadler’s Girl had been imported to Australia in 2006 and won at Sandown and Ballarat for Danny O’Brien.  She’s from a half-sister to the Sadler’s Wells Group 1 winners Barathea and Gossamer. 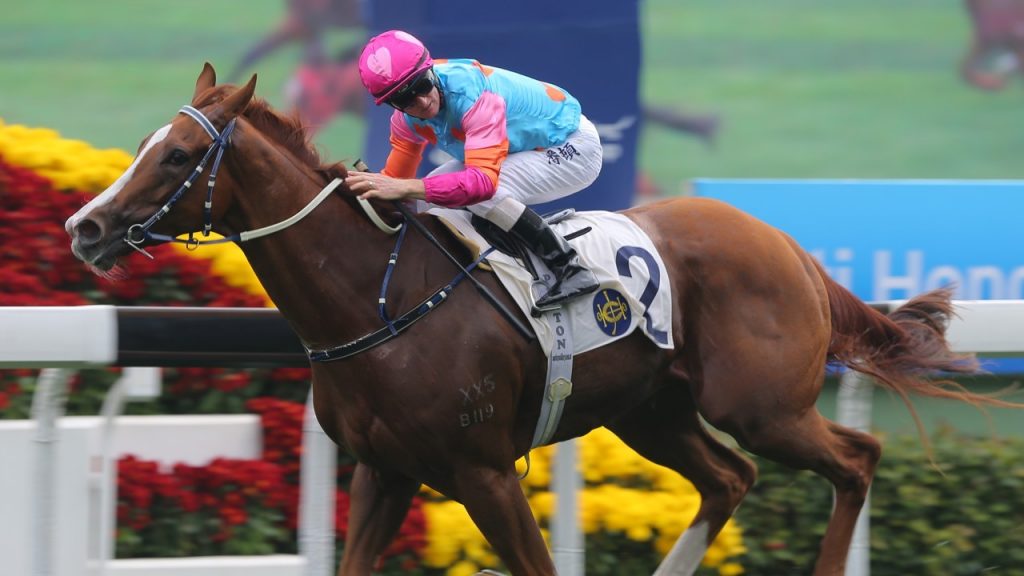