We’re spoilt for choice when talking about an emerging talent like I’m All The Talk.

The Darling View Thoroughbreds resident is currently the leading active sire in WA with earnings drawn solely from his current 3yo crop.  He’s also engaged in a three-way fight with Pride Of Dubai and Kermadec for top spot on the Australian second-season table.

Outstanding filly Watch Me Dance is a deserved focal point in Perth and she’s destined to head east where her sire is already on the black-type board with All Banter in Melbourne.

All Banter (3f I’m All The Talk – Bantry Bay by Tale Of The Cat) was unbeaten during a short spring campaign at Morphettville and Moonee Valley and she completed a hat-trick the Listed W J Adams Stakes (1000m) at Caufield on Australia Day.

The Richard and Chantelle Jolly-trained filly led her rivals turning for home under Craig Williams and dug in bravely to score by a short-head over Causeway Girl (Shamus Award).  The G1 Oakleigh Plate (1100m) back at Caulfield on February 20 is now firmly on the agenda.

“She’s an exciting filly and a lovely horse to ride,” Williams said.  “That field had some hardened campaigners but she’s tough and has come through with flying colours today.

“She’s lightly raced, been really well managed, and is still on the way up.  I can see her deriving an extra edge with the experience of another preparation.”

All Banter is a half-sister to four winners by Oratorio and a full-sister to 2yo filly Daring Move.  She sold for $30,000 at the 2019 Perth Magic Millions and her younger sister was a $65,000 buy for Richard Jolly and syndicate managed by Peter Caporn last year.

Their 16 year-old dam Bantry Bay won a G3 SA Sires’ Produce Stakes and she was a steal for $5,000 at the Mungrup dispersal last August.  Gary Crispin bought her carrying an A Lot (USA) colt foaled in October and then bred her back to I’m All The Talk. 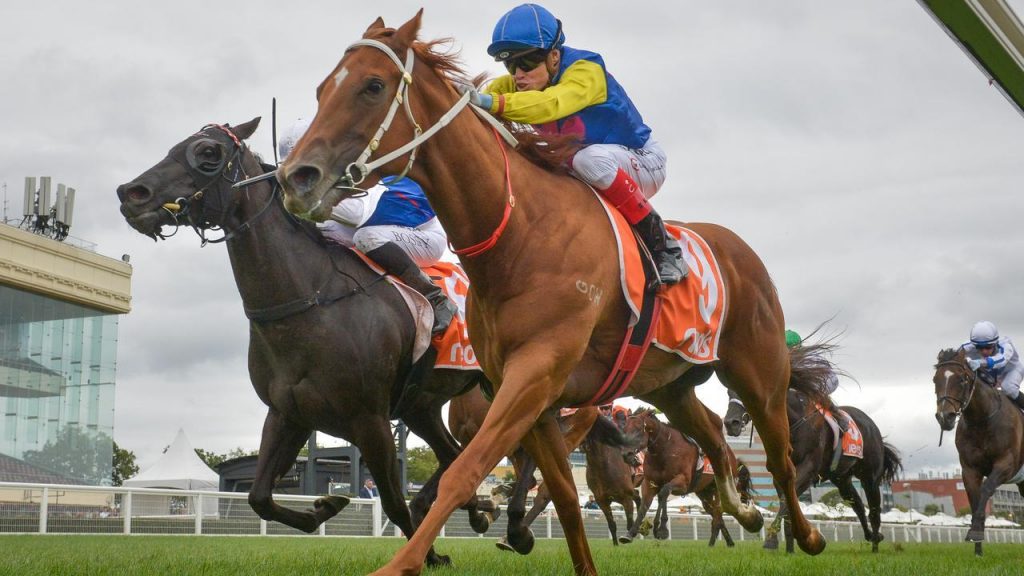