The Awesome Rock filly is a half-sister to Dig Deep and has been catalogued as Lot 989 through Valiant Stud (as agent) next Sunday, January 17.  Their Awesome Rock colt from Society Gal (Lot 1093) is also being prepped for the Gold Coast Magic Millions by Valiant’s Fergal Connolly.

Dig Deep (4g Deep Field – Lucky Ana by Lucky Unicorn) has returned to the form that saw him win the G2 Karrakatta Plate in 2019.  He broke a long losing run at Ascot on December 19 and then doubled up in the Easingwold Stakes (1400m) for trainers Dan & Ben Pearce.  “He hadn’t won for 18 months but he hasn’t been going that bad,” Ben Pearce said after the second win.  “He’s been unlucky with injuries and wide gates but had been working really well at home.  He drew a good barrier and had a good run before hitting the line hard.”

The Olives have nominated 7 yearlings by their Flemington Group 1 winner Awesome Rock among a draft of 21 for the Perth Magic Millions next month.  They also have a Dissident half-brother to recent Ascot winner Acromantula (Lot 145).

Former Gold Front mare Keeper Special (Keeper) has a Snippetson colt being offered by Ruby Racing & Breeding as Lot 7 in the Swan Valley.  He’s a half-brother to Let Her Rip (NZ) who won a G3 Rotorua Stakes at Arawa Park for trainer Shaune Ritchie and his wife Alison.  “We sold Keeper Special and that’s the name of the game in breeding isn’t it,” Sue Olive said.  “As soon as you sell a mare, she will leave a stakes winner!  But good luck to her owners.” 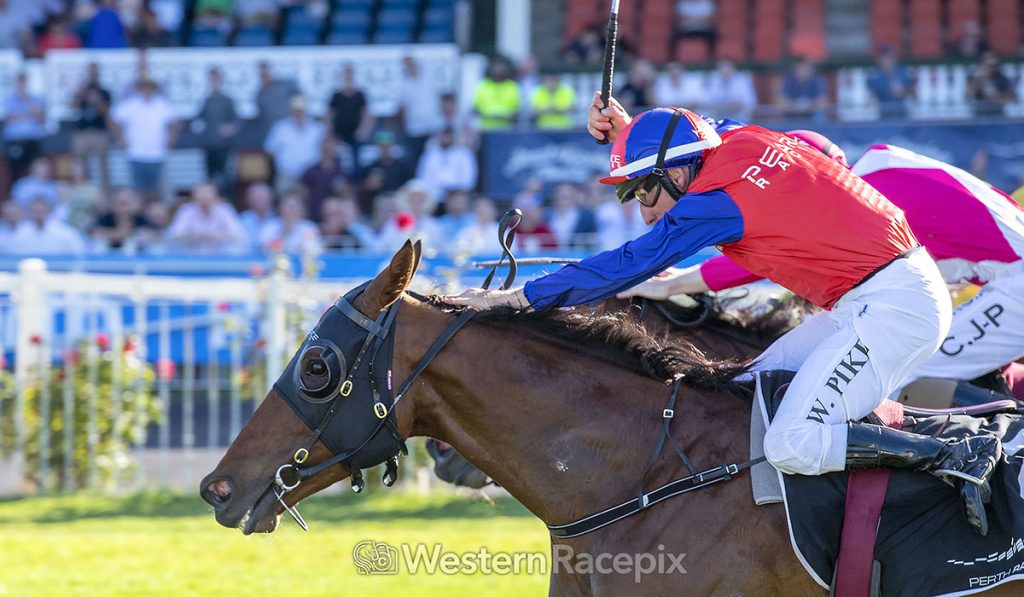