Samizdat highlighted a month to remember for Amelia Park Farm in the LR Scenic Blast Stakes (1200m) at Ascot on Saturday.

The good-looking chestnut was spotting the leaders a half-dozen lengths at the furlong before powering home to notch his third black-type victory for Gangemi Thoroughbreds and a syndicate that includes Amelia Park owner Peter Walsh.

Samizdat (Not A Single Doubt) was bred by Walsh and he kept a share after the colt topped the 2017 Perth Magic Millions at $325,000.  He’s a half-brother to G3 WA Champion Fillies Stakes winner Samovare and their dam Sambar (More Than Ready) descends from G1 Golden Slipper winner Dark Eclipse.

Co-trainer Chris Gangemi said there’s some unfinished business for Samizdat in Melbourne.  “It’s been frustrating getting him right,” Gangemi admitted.  “We set him for the (G1) Newmarket Hcp at Flemington this time last year but a hoof abscess flared up and he missed the trip.

“But he’s been problem-free this prep and was ready to win today.”

The Scenic Blast improved Samizdat’s stats to 6 wins in 14 starts for earnings of $483,550.  His earlier black-type strikes were in the RL Magic Millions 3YO Trophy and G3 Asian Beau Stakes.

Before heading east, he has more immediate goals in the LR Pinjarra Classic (1300m) on February 21 and LR Bunbury Stakes (1400m) on March 6.

Amelia Park’s current winning run has reinforced its select draft of five yearlings by Smart Missile (2), Magnus (2) and Pride Of Dubai at the Perth Magic Millions on February 15 and 16.

The Pride of Dubai – Harpoon filly (Lot 155) is closely related to La Farola (Deep Field) who has won her last two at Ascot for Amelia Park and trainer Michael Lane.  And the Smart Missile – Haste filly (Lot 156) is a half-sister to recent Victorian debut winner Thorogood (Oratorio).

And at the Gold Coast Magic Millions, Segenhoe Stud sold a colt by Shalaa (Ire) on behalf of Amelia Park for $260,000 to Kestrel Racing and Team Edmonds.  He’s the second foal from Belmont winner Amelia’s Love (Blackfriars) who is a half-sister to Karuta Queen. 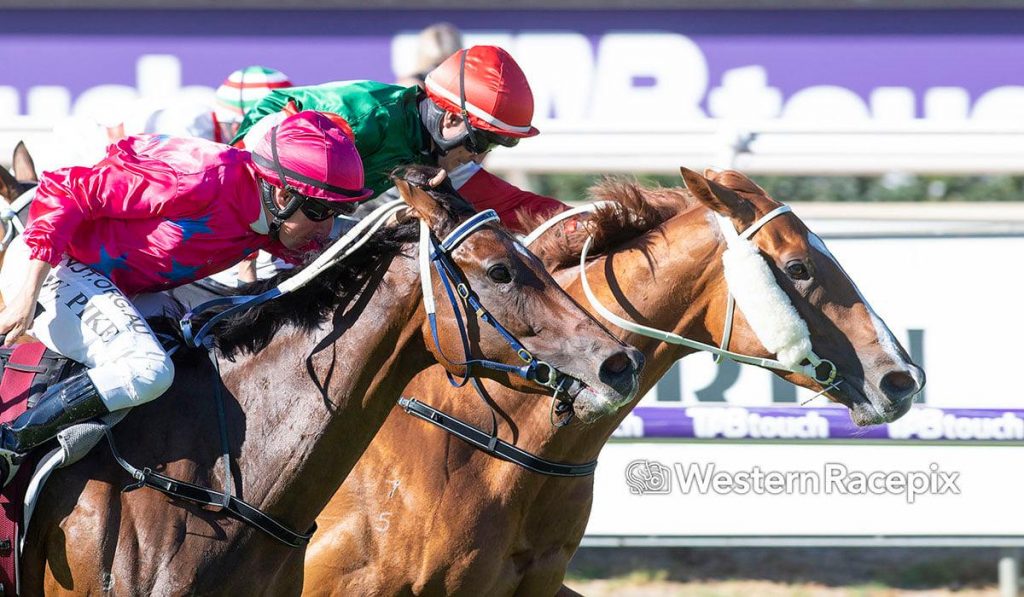