Home Oratorio too good with Thorogood

Oratorio too good with Thorogood

Thorogood is by Champion WA 2YO stallion Oratorio who has now sired 270 individual winners and among them are Thorogood’s older siblings Rapidora and Night Beat.

The winning trio were bred by Riley at Woodbridge Thoroughbreds in Henley Brook.  Rapidora and Thorogood were sent to Team Corstens at Flemington while Night Beat won at Ascot for Trevor Andrews.

Their dam Haste (Right Wing) is a half-sister to LR Jungle Dawn Classic winner Eastern Zone.  Her yearling filly by Smart Missile has been catalogued as Lot 156 for the Perth Magic Millions next month.  She is being consigned as agent for Riley by Amelia Park.

Oratorio has been an ever-present at the Perth Magic Millions since 2008 and he has another 8 yearlings for sale in the Swan Valley next month.

Thorogood is known as ‘George’ at Team Corstens after the American blues singer best known for the hits like ‘Bad to the Bone’ and ‘I Drink Alone’.

His equine namesake is also a tough guy and that was evident when he fought back for a narrow victory over Zagusto (Trust In A Gust).  “George got the job done despite a couple of nervous moments,” Troy Corstens reported.  “Although a little new to it all, he showed a strong desire to find the line after being headed in the straight.

“With Lachie King’s persuasion, he dug deep to stick his neck out where it counted and had a margin at the post.”

Riley is also in a Team Corstens partnership with Snitzel 2yo filly Little Schnitty.  Her dam Linky Dink (NZ) was a Group 1 winner of the 2009 T J Smith Classic at Eagle Farm. 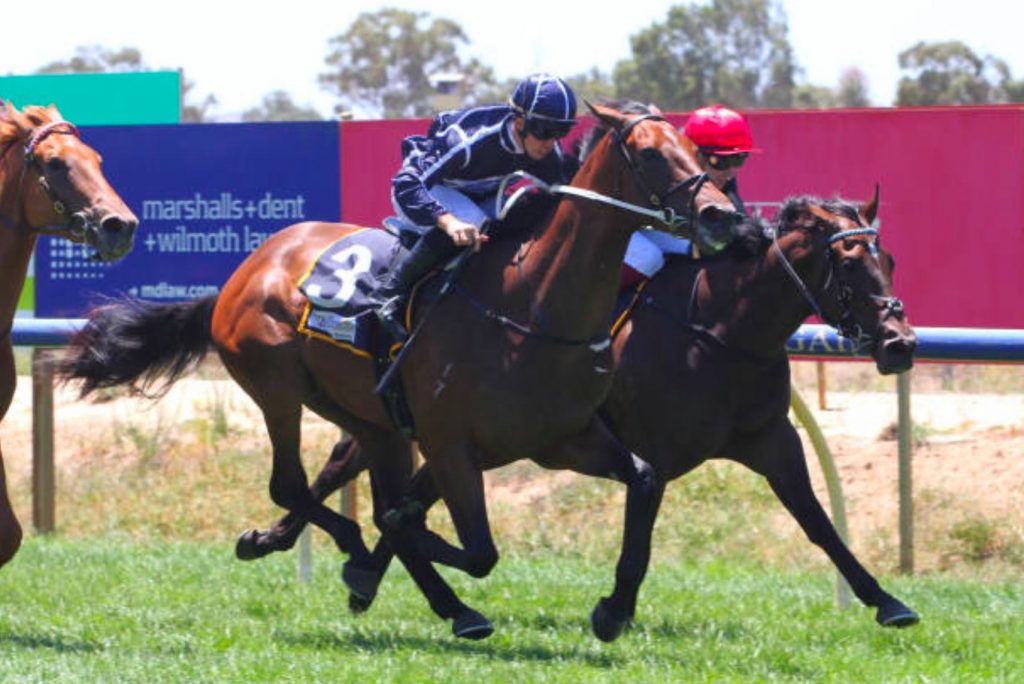