WA breeders were back in the business of winning races on the weekend following a record-breaking Magic Millions Yearling Sale in the Swan Valley.

Saturday’s Ascot card was headlined by Last Of The Line’s determined victory in the LR Detonator Stakes (1800m).  He’s a son of Blackfriars and is the 42nd stakes winner by the late, great Scenic Lodge legend.

Managing part-owner Lindsay Rogers bred him from Catch The Cat (Royal Abjar) who is a direct descendant of Edge Of Darkness (G3 Sir Ernest Lee-Steere Classic).  Last Of The Line is her second Listed winner by Blackfriars – the first was Black Felix in the 2010 Placid Ark Stakes.

Scenic Lodge was rewarded for the growing influence of Snippetson with a PB on Day 1 of the Magic Millions Sale.  And general manager Jeremy Smith gave Book 2 the tick of approval when he averaged $70,667 off a 100% clearance rate.

“Snippetson is having such a good run lately,” Smith told ANZ Bloodstock.  “They are the horses people like so they are ideal for the Magic Millions race concept.”

The Snippetson – Pearlesque filly (Lot 41) became the highest-priced yearling ever sold by the farm and the stallion when Millfields Park trainer Stephen Miller bid $200,000.  “The filly had been really popular and it’s just nice to get that recognition,” Smith said.  “Although we had a lack of eastern states representation, the local buyers were absolutely through the roof.”

The Darling View Thoroughbreds team topped the Perth Magic Millions with a $325,000 Russian Revolution colt and they cleaned up at Ascot with winners by Patronize and Playing God (2) on Saturday.

Darling View sold the Russian Revolution colt through Western Breeders Alliance.  “I thought he was the star of the show and I always thought he would make good money,” stud manager Brent Atwell said.  “It’s great that he can go to a really good Perth trainer like Simon Miller.”

Playing God doubled up with his 5yo geldings Bruce Almighty (TABtouch Westspeed Hcp) and What About Moses (Crown Sports Bar Hcp).  They are members of his first-crop that have won over $3 million in prizemoney at a winning strike-rate of 76%.

Drama Free (Galah) kicked-off the Detonator Stakes card in the Autumn Ascot Carnival Maiden (1400m) and he picked a great day to break through for owner-trainer Jeff Pike.  His Hall of Fame father Len Pike trained Detonator to memorable victory the 1975 Railway Stakes prior to winning the Bunbury Stakes with 67kg!

Rangeview Stud bred and sold Drama Free for bargain-priced $30,000 at the 2018 Perth Magic Millions.  The south-west nursery received a more realistic return this year when selling the So Secret brother to G2 Karrakatta Plate winner Hobart Jones for $110,000.

“When we left home I would have said he probably wouldn’t make that but that changed as the sale evolved,” Rangeview studmaster Robbie Gray admitted.  “I think every breeder in Western Australia should thank Magic Millions for the job that they do and the venue they have provided.”

Precocious 2yo filly Pixie Chix put her name forward as the latest advertisement for Rommel in the Peoplestart Plate (1000m) on Saturday.  The front-running victory boosted her bankroll to $157,147 with bonuses from Westspeed Platinum and Magic Millions.

Rommel (Commands) looks the real deal as a stallion prospect and is favoured to win the WA First-season title in 2020-21.  He stands at Mogumber Park and broke a Magic Millions Book 2 record a day earlier when the yearling full-brother to Pixie Chix sold to Neville Parnham for $180,000.

“There were a lot of good stables on the colt,” studmaster Colin Brown revealed.  “But Neville has a big rap on the Rommels.” 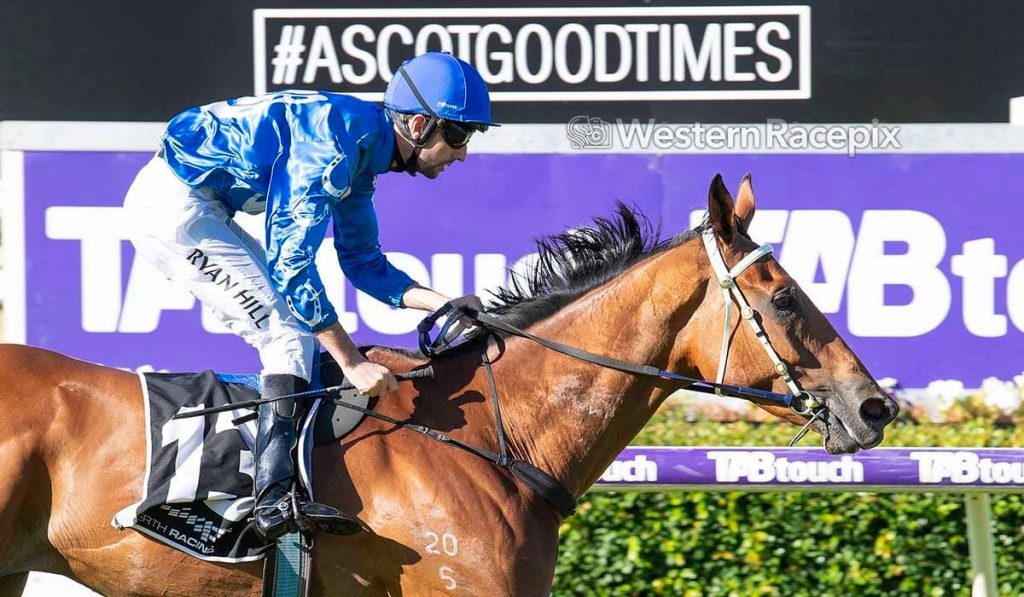 LAST OF THE LINE