The in-form Yarradale Stud stallion sired the last winner before this week’s disruptions when Ginger Senorita was successful at Bunbury last Sunday.  The Anne King-trained 3yo filly was stepping up to 1400m for the first time after three starts in the Passionate Baker Maiden.

Ginger Senorita is a homebred for former leading jockey Shayne Newling who is now a Senior Stud Hand at Yarradale.  Her dam Em Gee Brown (Euclase) has a 2yo filly by War Chant (USA), a yearling colt by Maschino and she was bred back to War Chant (USA) in October.

Yarradale has been on the front-line fighting the bushfires in the Perth hills at Gidgegannup this week.  The Stud’s Facebook kept family, friends, clients and community updated on Thursday.  “We’ve had a quiet night but it’s been horrendous.  It’s caused some damage to the back of the farm, however, thanks to the efforts of our dedicated team, neighbours, and firefighters damage has been kept to a minimum.  No animal or human had been hurt.

“We remain vigilant extinguishing spot fires and caring for livestock that are at the forefront of priorities.   We can’t thank everyone involved enough!”

Gingerbread Man has leading fancies Double Spice and Ginger Flyer in the Westspeed Platinum Hcp (1300m) and his S J Miller-trained Tommy Blue has the services of Willie Pike in the Ducimus Crown (1200m) at Pinjarra.

Ginger Senorita was one of a half-dozen individual winners for Gingerbread Man in January from Ginger Jones at Caulfield to Ginger Mack and Ginger Knight at Ascot.

Gingerbread Man has 8 yearlings catalogued for the Perth Magic Millions which has been delayed for three days and will now be held on Thursday & Friday, February 18 & 19. 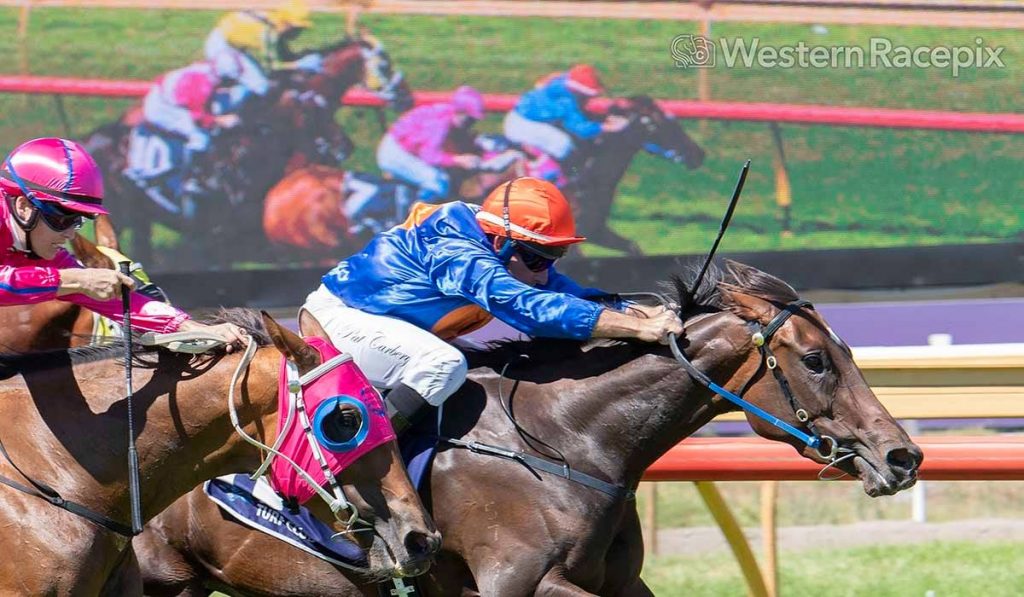