Home Patience pays off with Indominus

Patience pays off with Indominus

Indominus has been a frustrating conveyance for connections but he began repaying their patience in the Schweppes Hcp (1800m) at Ascot on Wednesday.

The lightly-raced son of Playing God started a $2.15 favourite despite an extended spell in the doldrums since a Northam maiden win in November 2018.  He cornered on the wrong leg but regained his balance to defeat Final Chill (Maschino) in a head-bobber.

Indominus (5g Playing God – Xaaristic by Xaar) is trained by Colin Webster for his wife Lyn and a syndicate (pictured) that includes Paz Princi, Anthony Torre and Steve Mills.  “He has plenty of ability but there’s a long list of things that have gone wrong,” Mills said.  “But it’s great to see him win today for owners like Paz and Anthony who have been great supporters of the industry over many years.”

Bred by Mungrup Stud, he was entered but withdrawn from the 2017 Perth Magic Millions Yearling Sale.  His dam Xaaristic is related to stakes winners Destroy, Hardrada, Ranger, Storm Alert and Lawmaker.

She was sold with a PPT to Playing God for $9,500 at the Mungrup Stud Dispersal in August and foaled a filly in November.  New owners Scarborough Investments bred her back to Sessions.

Winning jockey Troy Turner has piloted Indominus in all 11 starts and credits his old boss for getting the gelding back on track.  “He’s a big horse and suffered a foot injury in a stable accident.  Then he aggravated it while being loaded on to a float.  Colin has managed him through it all and that win will give him more confidence.”

Playing God is based at Darling View Thoroughbreds and he topped locally-based sires at the Perth Magic Millions.  They averaged $105,000 off a 100% clearance rate.

Darling View Thoroughbreds is part of the Western Breeders’ Alliance team who took out the Draft of the Year prize in the Swan Valley.   WBA won a table for 8 in the Flying Colours Restaurant at Ascot on Karrakatta Plate Day. 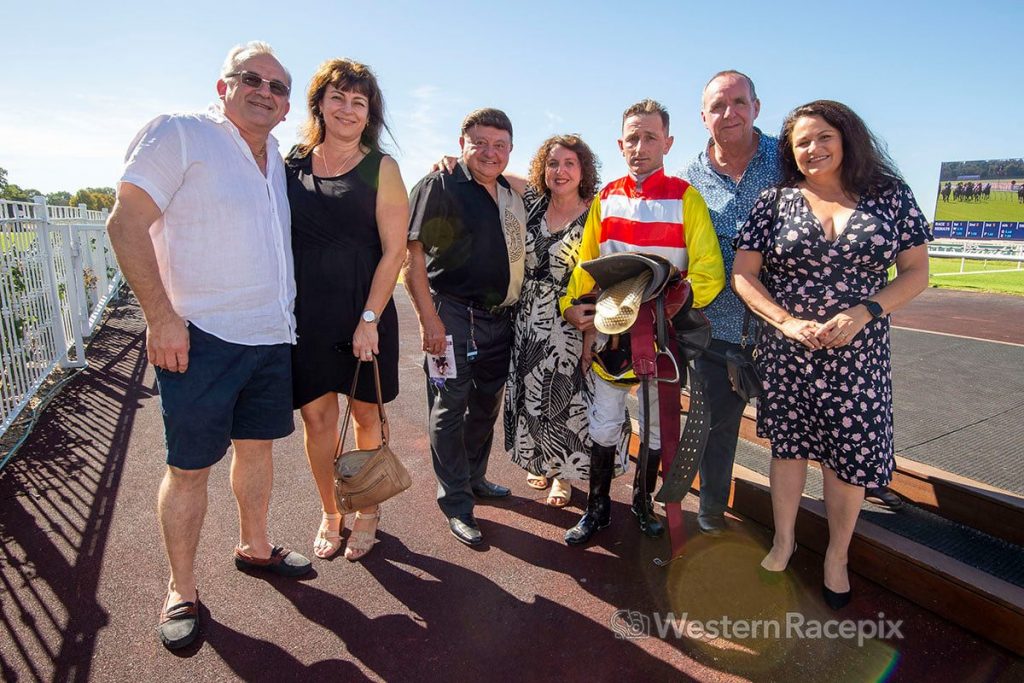