The Geisel Park-bred mare has won 4 times in 10 starts since arriving at Cahill’s Strathalbyn yard in May 2020.  The latest was an impressive two-length victory in the Coopers Brewery Hcp (1500m) at Gawler last Wednesday.

Icecrusher (6m Frost Giant – Lady Jeumont by Montjeu) was an Ascot winner earlier in her career before her form tapered off in the Goldfields.  A long spell and a change of environment has made all the difference this season.

Now known as ‘Issy’ around the stables, she was nominated for a return to city racing at Morphettville this weekend but subsequently scratched to wait for another day.  “She’s a true racehorse, knows her job and loves it,” Cahill said.  “She’s tough and is such an honest little rocket.”

Cahill still rides and he was patient at Gawler before angling wide and letting loose in the straight to win running away.  “She shouldered 61kg and nailed it,” he said.  “She flew for Caitlin Tootell in a gallop last week and she’s very happy to see her girl get up.”

USA Bloodhorse reports Frost Giant has just been pensioned by his owner Andrew Cohen.  He was a Group 1 winner of the Suburban Hcp and stood at Vinery NY, Keane Stud and Irish Hill Stallions.

The 18-year-old son of Giant’s Causeway will spend his retirement at ReRun Thoroughbreds near East Greenbush in upstate New York. 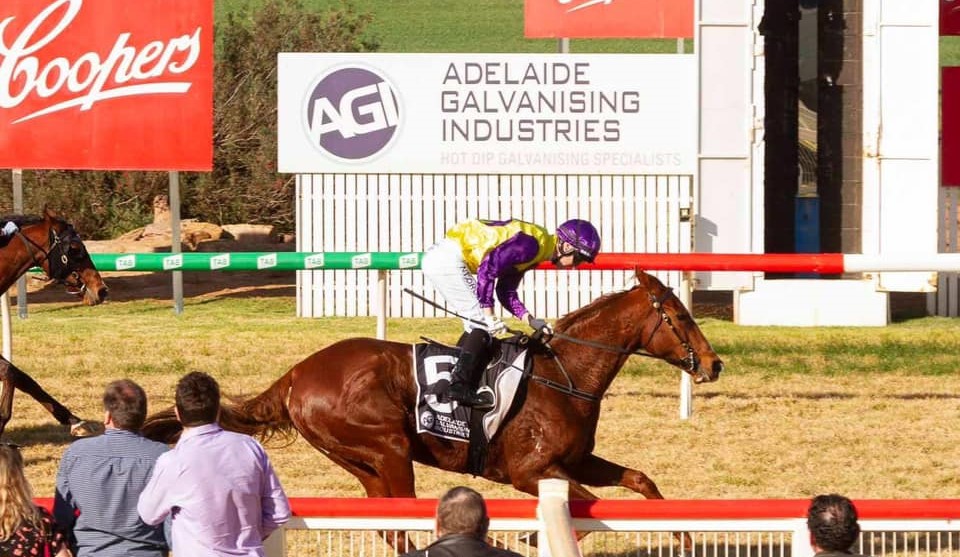