Snippetson 2yo Spin The Knife flew under the radar for an unexpected victory in the TABtouch Plate (1100m) at Ascot on Saturday.

The good-looking chestnut was appearing for the first time in public and went out an unwanted $41 longshot.  Trainer Luke Fernie admitted he wasn’t very optimistic and would have been happy if the youngster tucked in and took closer order in the straight.

“He did the opposite,” Fernie exclaimed.  “He crossed from the outside gate to lob on the speed.  I didn’t expect that.  And I thought he was gone when the other horse headed him in the straight.  But he kicked back for a brave win.

“That was very promising.  Winning wasn’t part of the plan.  He was just here to learn so we’re very happy with the result.”

He cost $55,000 from Scenic Lodge at the 2020 Perth Magic Millions and general manager Jeremy Smith remembers him as one of the more precocious youngsters in the catalogue.  “He’s a striking chestnut from a running family.  He was all quality during inspections and looked a ripper!”

Smith is upbeat about his yearling half-brother by Dash For Cash at the Perth Magic Millions this Friday.  Catalogued as Lot 256, he’s also a half-brother to earlier Ascot winners Zefiro and Stacks On.

“He’s an athlete.  He continues to please us and has powered right through his preparation.”

Scenic Lodge has a highly-regarded Day 1 Snippetson – Pearlesque filly (Lot 41) who is creating plenty of interest during early parades in the Swan Valley.  And the Muchea nursery has a Snippetson for every budget with two colts and six fillies in Book 2. 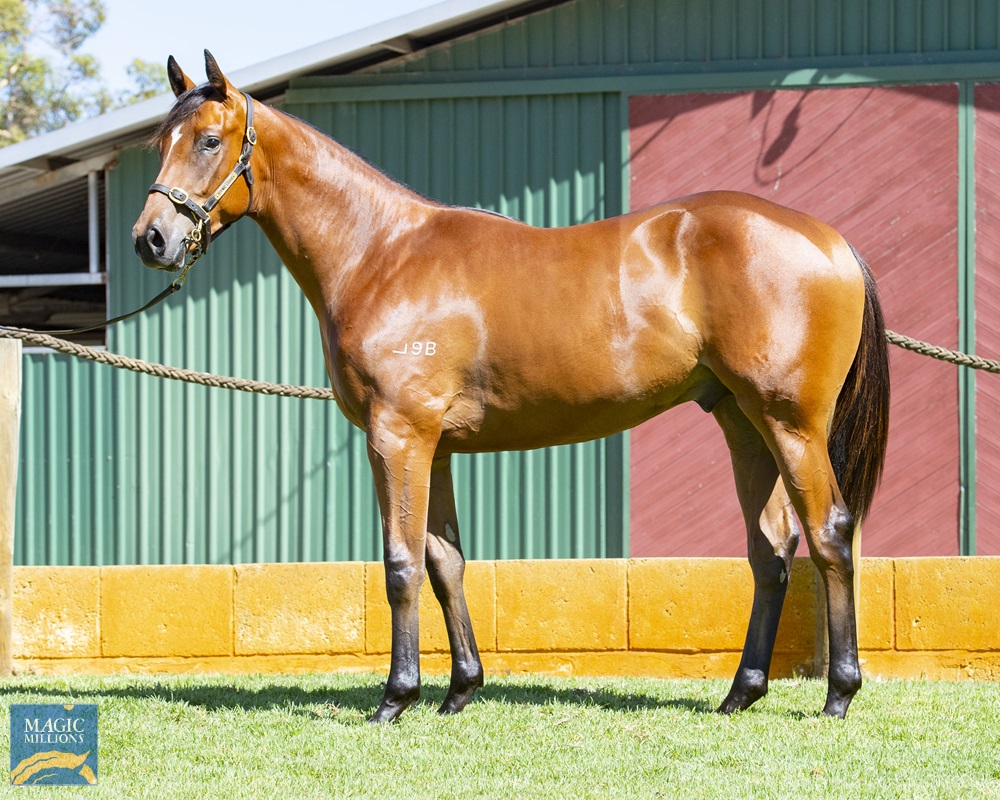 Dash For Cash half-brother to Spin The Knife