Set against a backdrop of lockdowns and bushfires, Ex Sport Man was more than equal to the task of winning the RL Magic Millions WA 2YO Classic (1200m) on Saturday.

Ex Sport Man had been knocking on the door with quick-closing seconds at Bunbury and Ascot and there was no denying the Playing God youngster in the $250,000 feature race at Pinjarra.  He came from near the tail of the field to nail Heavenly Waters (Headwater) by a long-neck.

“We’ve known he’s the real deal the whole way along,” trainer Steve Wolfe admitted as Shaun McGruddy brought the winner back to scale.  “I was worried the race might have been a bit short but it was a beautiful ride by ‘Shooter’.  It’s wonderful training horses like this one for great people and we will just keep him ticking over for the big races at Ascot.”

Wolfe teamed up with McGruddy to win the G3 Champion Fillies and G2 WA Guineas in November with Watch Me Dance and their targets with Ex Sport Man are the G2 Karrakatta Plate and G3 WA Sires’ Produce Stakes in April.

Wolfe and McGruddy won the 2018 WA Sires’ Produce Stakes with Playing God gelding Lordhelpmerun.  “I was quite confident going in but then he bombed the start,” McGruddy explained.  “We landed two spots further back than planned but luckily the pace was on and I just had to get him to the outside.”

Playing God (Blackfriars) stands alongside Watch Me Dance’s sire I’m All The Talk at Darling View Thoroughbreds.  His latest book was limited to 96 mares after being hospitalised for colon surgery in November.

He was bred by Donald O’Shannassy and is the first foal from Buhn Lert (Oratorio) who won 8 races including three at Ascot.  She has a yearling filly by Tapit sire A Lot (USA) and was bred back to him in November.

The Playing God cross with Oratorio has an amazing winning strike-rate of 74%.  It’s also responsible for Group 1 galloper Platoon who is being set for the LR Detonator Stakes (1800m) at Ascot on February 20 and LR Bunbury Cup (2000m) on March 6.

Geisel Park Stud has a full-sister to Platoon catalogued as Lot 39 for the Perth Magic Millions on February 18 and 19.  Other studs with yearlings carrying the Playing God – Oratorio cross are Ruby Racing & Breeding (Lot 121) and Willaview Park (Lots 38, 42 and 62). 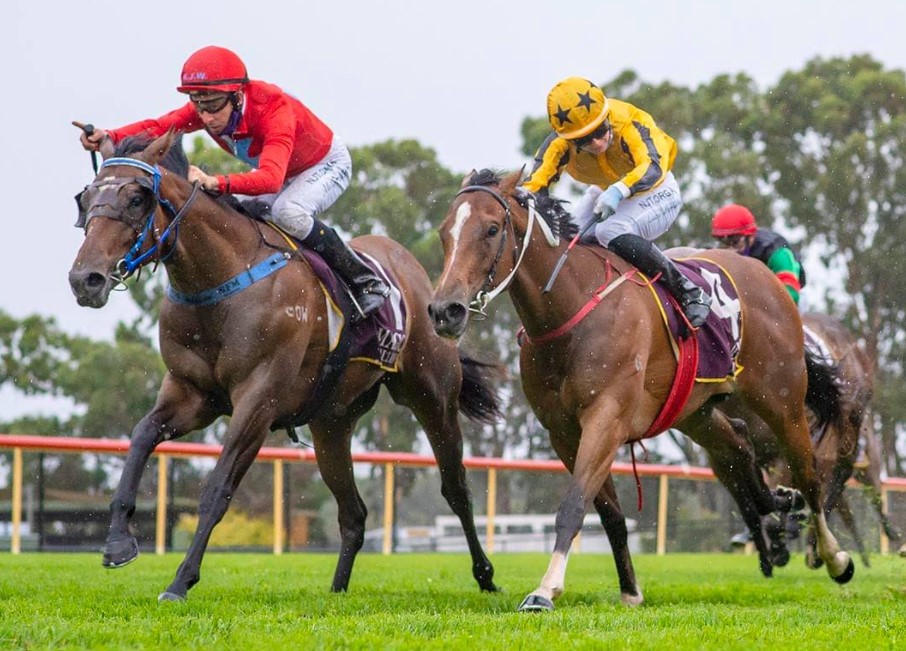