Ron Sayers’ Yarradale Stud is located on the Darling Scarp and 15 minutes from the Magic Millions sales complex in the Swan Valley, which provided a safe haven at the height of the fires for 300 evacuated animals.

Yarradale didn’t need to move any thoroughbreds off the farm and while the property didn’t escape entirely unscathed, it counted itself fortunate and is now able to focus on its draft at this week’s Magic Millions Perth Yearling Sale.

Following consultation with local industry bodies, Magic Millions delayed the Sale by three days from its original February 15 and 16 dates.  “The fires were close, but outside of 300 or 400 metres of fencing that was damaged we didn’t have any infrastructure damage at all,” Sayers told Thoroughbred Daily News.

“It was scary.  My neighbour bought another farm recently and he’s got 500 acres whereas I’ve only got 350 and most of the fire came from his place.  It was coming from north to south and blew up through his place and came through mine in three or four minutes. All the horses were fine and I’ve lived here for 20 years and never seen a fire before.”

The fire caused some pastoral damage and came within about 150 metres of Sayers’ home.  “We were very lucky and my house was fine and not just mine. My daughter lives in a house here, we’ve got six houses on the property and they were all good,” he said.

Sayers (pictured) founded the hugely successful company Ausdrill, which subsequently expanded into a multi-disciplinary mining services operation in 10 countries, in 1987. He led the business for 30 years before selling his holdings in 2018 to retire.

“I’ve got 24 staff that work here on the farm and they all want me to get another job, the reason for that is I know nothing about horses,” Sayers laughed.  “Seriously, we’ve done very, very well.

“I came home to retire, I’m 68 now.  I’m loving life on the farm with family and the horses . I’ve got three grand-daughters and they’re all into show jumping and so on.

“One of them was 15 when she won her first event and won a motor car and the next year she won another one, but couldn’t drive them for two years because she wasn’t 17.”

“I own shares in others as well and bought 25 per cent in Playing God a few months back.  I’ve still got Heritage, mind you the staff don’t like him, but he’s a relation of Northerly who I had shares in.”

Northerly (Serheed) won nine Group 1 events, including two editions of the Cox Plate.  “I did have 200 broodmares as well, but I’m down to about 120 now and trying to cut back on numbers,” Sayers said.

With a potentially disastrous fire situation averted, Yarradale is now looking forward to the Perth Sale with two-dozen yearlings split evenly through Books 1 and 2.  “It hasn’t been bad for the last few years so all we can do is hope and see what happens,” Sayers said.

A favourite with Yarradale Stud Manager Bernadette Hamill among the Book 1 entries is Lot 147, by Oratorio, whose half-brother Time To Sizzle (City Plate) has won twice in Western Australia and placed since the catalogue went to print.

“Our Oratorio – Frizzled colt is one of the stand-outs in the draft and the Street Boss is another really nice colt,” she said.

Frizzled (Dehere) has a 100 per cent record at stud with all three of her foals to race successful and she is out of a half-sister to the G3 Sir Ernest Lee-Steere Classic winner Destino (Bletchley Park).

“He’s a really nice colt and Chantski hasn’t had anything to race yet.  Her first foal was a lovely Written Tycoon filly, who unfortunately lost an eye as a foal and can’t race,” Hamill said.  “The War Chant out of City Magic is a lovely, classy-looking filly and both of her foals to race have been winners.

“The War Chant out of City Magic is a lovely, classy-looking filly and both of her foals to race have been winners.”

“The first foal out Streak Away, an O’Reilly mare, is a really nice filly by Bradbury’s Luck and we’ve got the full brother to Neurological and the Exosphere colt is a really nice type,” Hamill said.

Lot 235 is the grey son of Bradbury’s Luck and his second dam is the G2 Karrakatta Plate winner Brava Fortune (Falbrav) while the sibling to Listed Farnley Stakes winner Neurological (Gingerbread Man) is Lot 141.

The Exosphere colt will present as Lot 45 and is out of the winning Commands mare Platinum Power and the family of the G1 ATC Sires’ Produce Stakes winner and young sire Microphone.

Hamill started at Yarradale in 1996 as a part-time stud hand, was appointed Assistant Stud Manager in 2000 and promoted to Stud Manager in 2004.  She has worked in the industry since 1981, including four and a-half years overseas gaining experience at leading studs, including Cheveley Park in England and Three Chimneys in the United States. 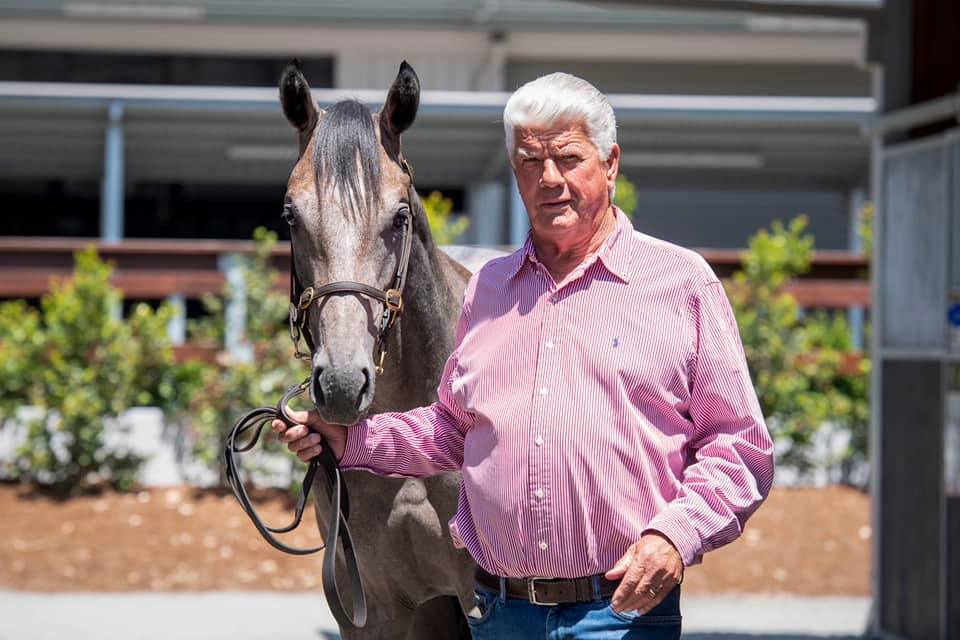