Home Another Standout filly by Blackfriars

Another Standout filly by Blackfriars

Standout Rose brings back some wonderful memories for trainer Bruce Watkins and he’s looking forward to a successful autumn campaign after her first-up victory at Ascot on March 7.

The Blackfriars 3yo filly has been nominated for Ascot (1400m) and Bunbury (1200m) this weekend but Watkins is leaning towards a start in the south-west on Sunday.  “There’s a couple of smart ones in town and she’s probably not ready to run 1400m second-up,” Watkins said from Capel this week.  “I didn’t think she was forward enough to win first-up, either.  But they really ran along that day and Jason (Whiting) said she was suited with the sting out of the ground.”

Standout Rose is a homebred for Mary Gracie and David Barnao and she will eventually get over a mile.  Her dam Rose (Mosayter) won 4 times in 9 starts and she’s a half-sister to El Presidente (Dante’s Fury) who was a Group 1 winner of the 2007 Railway Stakes (1600m) for Gracie and Watkins.

El Presidente completed a feature hat-trick in the Railway after earlier wins in the G3 Asian Beau Stakes and G3 R J Peters Stakes.  “I only got him after Kath Fleming recommended me to Mary,” Watkins recalled.  “He had bolted and dropped a few of Kath’s riders and did the same when they sent him to someone in Geraldton.”

Watkins is a former rodeo rider who had educated thousands of horses before El Presidente.  “I used a heavy stock saddle and we got him going to win 8 of his first 10 starts leading into the Railway.  There were no interstate horses over here that year because of Equine Influenza but he was top-class.”

El Presidente was subsequently sidelined with a tendon injury and, despite stem-cell treatment, was unable to make a comeback.  He enjoyed life as a companion for the young ones at Bruce’s stable and is now in retirement at Coolup.

Gracie has been involved in racing and breeding horses since the 1970s.  She founded Saddlery Wholesalers in Carbine Street, just a stone’s throw from Ascot racecourse, and it has evolved into an award-winning business.

Watkins and his wife Liz are also partners with Gracie in another member of the family named Acting God (Playing God).  He’s a half-brother to Rose and El Presidente being the last of seven foals from Cottage Rose (Cheraw).

“He’s not far off his first start.  I’ve nominated him for the Lark Hill trials on Monday,” Watkins said.  “He’s a big, immature 3yo and is still finding his legs.

“I broke him in with Standout Rose.  It feels like there’s five legs until she quickens but he’s a beautiful mover.  I’ve liked him ever since the first day in the round yard.”

This is the Scenic Lodge legend’s last season with juveniles and his 2yo filly Be Optimistic is rated a $15 chance for the G3 Gimcrack Stakes (1100m) at Ascot on Saturday. 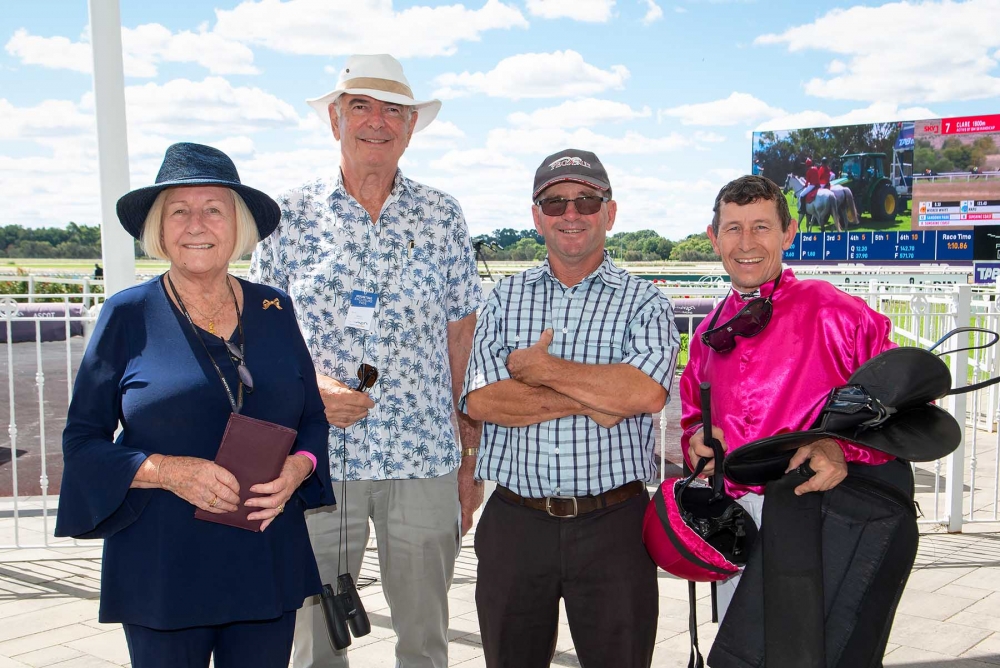