Playing God’s recent winning run can continue at Ascot on Saturday when Bruce Almighty and Pletto open the meeting as the favoured pair for the Crown Perth Westspeed Platinum Hcp (1400m).

His Magic Millions 2yo Classic winner Ex Sport Man is also primed to win his second black-type event in the LR Perth Stakes (1100m) later in the day.

Bruce Almighty (5g Playing God – Isanami by Tayasu Tsuyoshi) will be backing up after a front-running victory over the same track and trip seven days ago.  He will shoulder a kilo extra and Chris Parnham has retained the ride.

“I was pretty confident when he drew the inside barrier,” trainer Neville Parnham said last weekend.  “He’s not an overly big horse and Chris was concerned about the weight (59kg).  We’ve thought about using a claiming apprentice but he can be a hard horse to ride and Chris gets the best out of him.”

Bruce Almighty is the final named foal of G3 SA Sires’ Produce Stakes winner Isanami (Tayasu Tsuyoshi).  He’s been a consistent money-spinner for an Oz Racing syndicate and there’s another Westspeed Platinum bonus available if he can make it three wins from his last four starts this Saturday.

Playing God’s Singapore-based galloper Perfect is also building a strong strike-rate with two wins in his last three starts at Kranji.  He was never on the track under Danny Beasley last Sunday but responded in the straight to score by a half-length from Boy Next Door (NZ) and Golden Dash (Arg).

Perfect showed ability from the outset for trainer Dan Meagher and Peter Lee’s Buffalo Stable.  He’s an older half-brother to Datalka (I’m All The Talk) who won a Pinjarra maiden for Paul Jordan in January.  Their dam Dawinner (Oratorio) was purchased by Mark Bayliss for $4,000 at the 2020 Mungrup Stud Dispersal and she foaled an I’m All The Talk colt a week after changing hands.

The A Lot – Dawinner yearling filly was pin-hooked for $13,000 at the same sale and she was retained by trainer Gordon Richards after being passed-in at Adelaide Magic Millions last week. 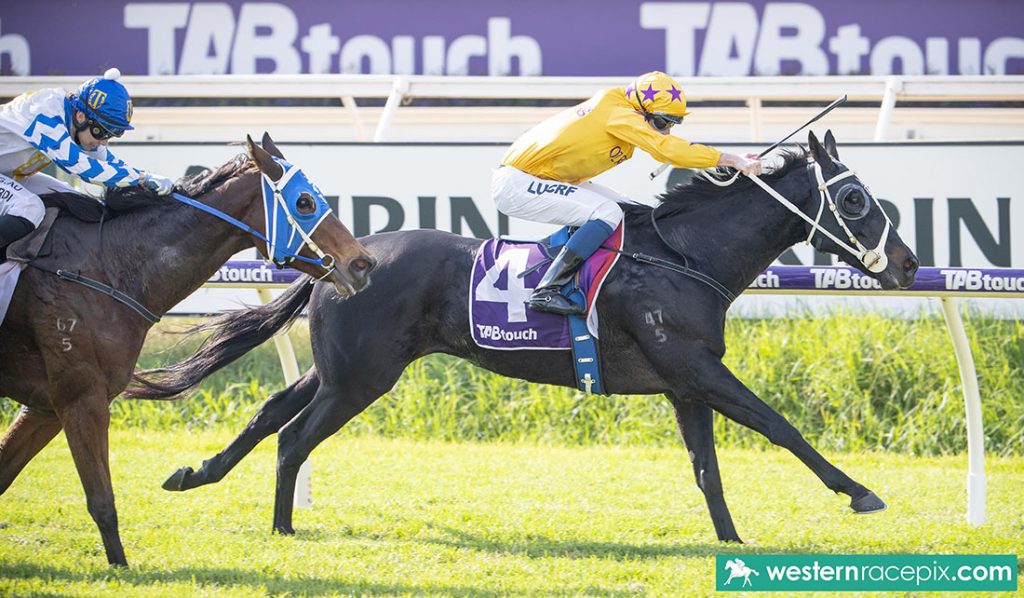