Dan Morton missed out with Elite Street in the G1 Newmarket at Flemington on Saturday but there was a fitting consolation when he watched Kissonallforcheeks win the LR Breeders’ Classic (1400m) at Bunbury.

Kissonallforcheeks (Written Tycoon) improved her record to 6 wins in 11 starts with a second black-type victory following the LR Sir Ernest Lee-Steere Classic (1400m) in December.  Settled second-last by Chris Parnham, she circled five-wide into the straight and levelled up at the furlong to defeat Magical Dream (Dream Ahead) and Triple Missile (Smart Missile).

The WA Breeders’ Classic was sponsored for the first time by Misty Valley Thoroughbreds owner Tony Patrizi who won a support race earlier in the day with Ladies Of London (War Chant).

Kissonallforcheeks and Ladies Of London were both bred by Dawson Stud’s Graham Daws.

“She’s pretty smart and Chris rode her very well,” stable foreman Vince Collica said.  “It’s been an on-pace dominated day and I left it up to him.  She did it pretty tough and at one stage I didn’t think she was going to pick them up.”

Daws bred her from Rosie Rocket (Blackfriars) who won LR La Trice and LR Starstruck Classics.  He sold her through the Newhaven Park draft for $120,000 at the 2019 Gold Coast Magic Millions and the Bunbury result sent her earnings to $442,440 which includes Westspeed bonuses of $154,240.

Morton sourced another bargain from Dawson Stud at the 2021 Perth Magic Millions with a $40,000 bid for the Belardo colt out of Line of Flight colt (Bletchley Park).  He’s a half-brother to the dam of last-start G1 Oakleigh Plate winner Portland Sky. 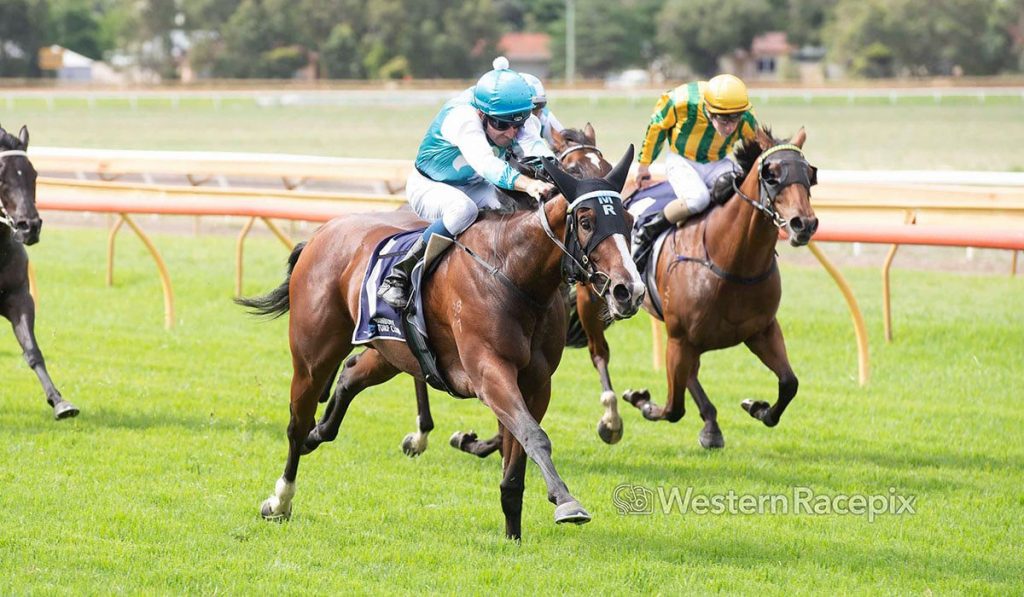