Siring an autumn winner or two was a practical goal for Awesome Rock’s first crop this season.

A son of Fastnet Rock who matured into a Flemington Group 1 winner over 2000m, he wasn’t marketed purely a precocious mate for Westspeed mares following his retirement to Gold Front Thoroughbreds.

Only one of his 47 first-crop foals faced the starter before March but they’re beginning to filter through at Ascot as we delve deeper into the second-half of 2020-21.

That first starter Diamond Blue earned black-type when placed in the LR Perth Stakes on March 20, Awesome Rival was runner-up at her second start on March 24 and Kaymay cut the ribbons when she came from the clouds to win the Bunuru Plate (1000m) on Saturday, March 27.

Kaymay is a homebred for Gold Front owners Alan and Sue Olive and she’s also the first Ascot winner trained by Sue.  “That’s amazing but it’s all about Awesome Rock and this filly,” Sue said.  “I didn’t think she could win around the bend and I wasn’t even sure she had got there until they put the number up on the board.

“The Awesome Rocks are hitting the tracks now and the results will start coming from here on.  I named Kaymay after my grand-daughter.  She’s a beautiful filly and gives her all.

“She didn’t get picked for the (Magic Millions) Sale and no-one picked her when we put her online.  She was just sitting in a paddock at home so I put her in work.  She went shinny in her first prep but all the track riders liked her.”

Kaymay led home a trifecta for WA first-season sires with the last-stride victory over Queen’s Gift (King’s Troop) and Story Book (Lucky Street).  She’s the final foal of Dark Queen (Bletchley Park) who won at Ascot for the late Bill Doughty before a subsequent transfer to race in NSW.

Awesome Rock’s second-crop yearlings averaged $51,400 at the 2021 Perth Magic Millions and they sold to $130,000.  Top price was paid by Neville Parnham for the half-sister to Takanori (LR WA Breeders’ Classic) offered by Gervase Park. 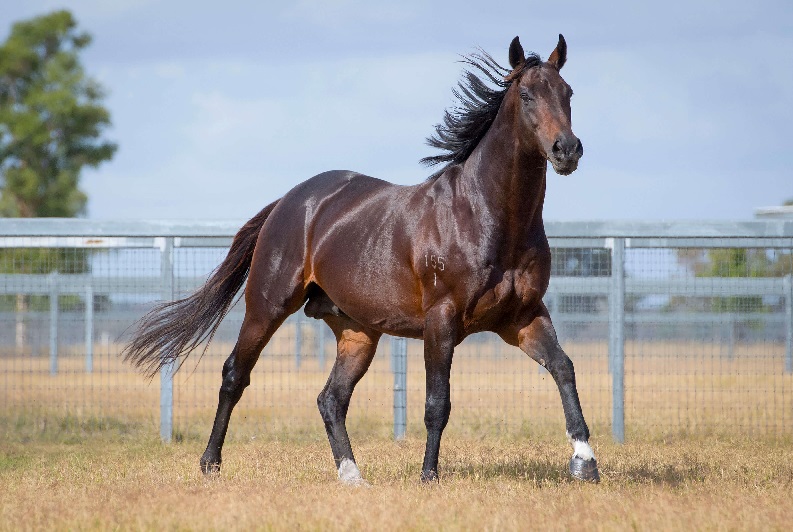