Gingerbread Man filly Okay To Pay didn’t have things her own way in front at Cranbourne on Friday night but she shrugged off the chasers for a very impressive win on debut in the Ivan’s Pies 3yo Maiden Plate (1000m).

Okay To Pay was pressured in the lead by Madame Bolli (Written Tycoon) and Faithless (NZ) but she had them covered a long way out and cruised to the line under a hands-and-heels ride.  “She’s a professional and was well-behaved for a first-timer,” jockey Daniel Stackhouse said.  “Phillip Stokes always presents his horses that way.

“She’s pretty quick and travelled well.  After balancing up, I gave her a slap and she was off and gone!”

Okay To Pay is raced by Tom Curnow and he already has a Yarradale connection through War Chant (USA) mare Silent Sedition who won a G1 William Reid Stakes in Melbourne.

He also raced Okay To Pay’s winning half-sister Frosty Grey (Frost Giant).  She was sold as a broodmare prospect to Stonehouse Thoroughbreds and her maiden cover produced a filly foal by Encryption (Lonhro) last August.

The latest foal from Born Princess is a yearling filly by Gingerbread Man with trainer Kieran McDonagh.

Earlier on Friday, Gingerbread Man sired Sly As A Fox to win at his first start for local trainer Kim Anderson in Geraldton.  Bred by Santo Guagliardo, he was last on the corner and got out just in time for a last-stride victory in the Tapdog Cafe Maiden (1100m).

Gingerbread Man (Shamardal) had five yearlings from Yarradale average $44,000 at the Perth Magic Millions last month.  Top-price of $75,000 was paid by Belhus Racing for the full-brother to LR Farnley Stakes winner Neurological. 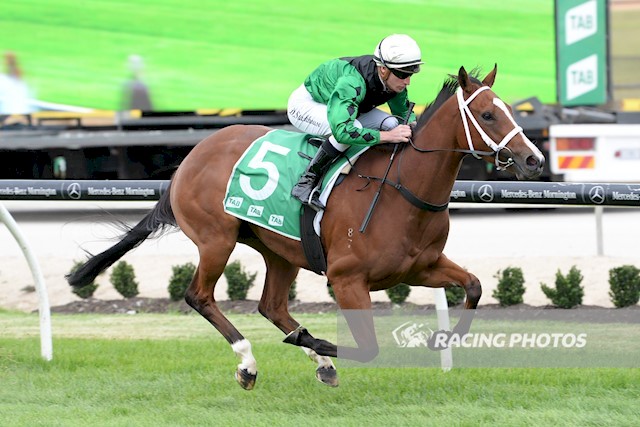