If ever a horse needed help from above, it was Great Charade at Ascot on Wednesday.

Under the pump from the jump, the Magnus gelding worked outside the lead until the home turn and then fought off several challenges in the TABtouch – Better Your Bet Hcp (1400m).

The win was greeted by a big roar from the crowd and trainer Trevor Andrews dedicated the victory to part-owner Jerry Lobban who passed away last week.  “It was divine intervention.  The horse really fought it out.  Our dear mate Jerry was right behind him all the way and his boys are out here today.  It’s a touching tribute to a champion bloke.”

Lobban was known as the Mayor of Quinns Rocks and was a respected trader for many years at Canning Vale Market.  He was part of the syndicate that purchased Great Charade for $70,000 at the 2017 Perth Magic Millions.

A Pinjarra maiden winner on Boxing Day in 2018, he was transferred to the Goldfields last year and won a couple of races for John Lugg.  “We sent him up to Kal and he got a bit of confidence winning a couple of races up there,” Andrews said.  “He’s matured and his two runs since coming back have been pretty good.”

Winning jockey Clint Johnston-Porter said it was a tough win.  “I had to do a lot of work to get across and the other horse kept tacking on inside me.  He came off the bit quite quickly and I thought he would run second or third.  But the more I asked the more he gave.  He kept finding and it’s good to get him up today.”

Great Charade was bred and sold by Rangeview Stud and is the first and only foal from Ascot winner Guessing Game (Key Business).  Her older half-brother Poor Judge (Royal Academy) won a G3 Chatham Stakes at Flemington plus the LR Bribie Hcp and LR Weetwood Hcp in Queensland.

Their dam Outward Display (Thunder Gulch) had been a $62,500 purchase from Gooree Park by Rangeview owner Rob Gray at the 2007 Magic Millions National Sale.

Outward Display’s final foal is a yearling colt by So Secret and Rangeview has maintained several links with the family through her daughters Secret Diva (So Secret), Femme De Classe (Key Business) and Henty Gal (Galah).

The Ascot result followed a winning double for Rangeview sire Galah on the weekend with Rexford (Ascot) and Cockyjoy (Bunbury) who has been a consistent mare for Capel owner-breeder-trainer Jimmy Grieve winning 6 races for prizemoney in excess of $140,000. 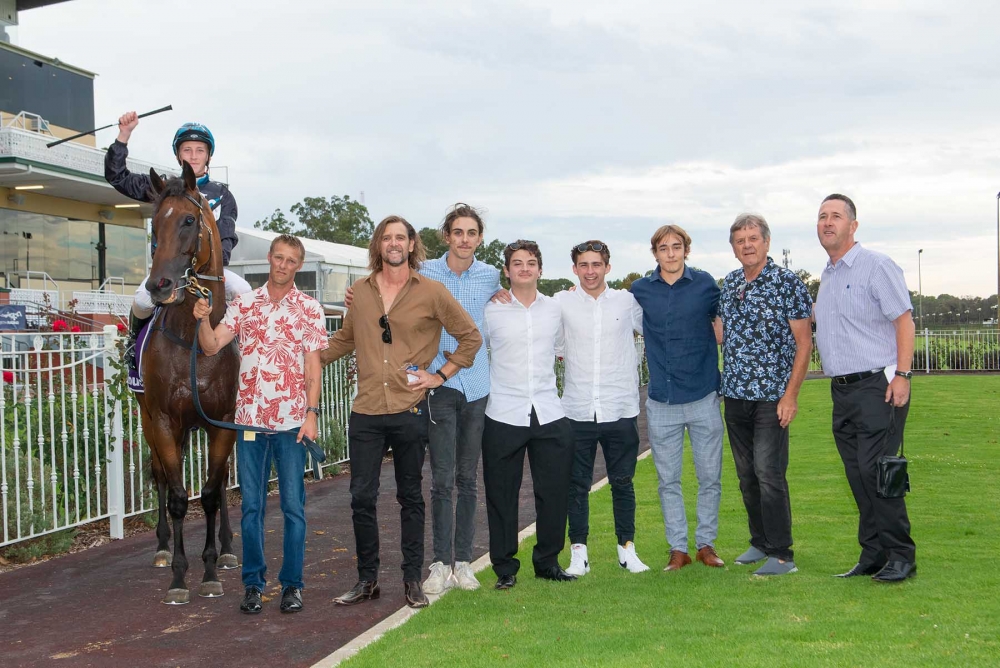