All American filly Holyoake is back on track for a classic campaign following her last-to-first victory in the Amelia Park Beef Hcp (1600m) at Ascot last Sunday.

On Friday, Holyoake’s trainer Brett Pope confirmed she holds a nomination for the G3 WA Oaks (2400m) on March 27.  “She won’t have another run before then.  I’m sure this filly will get the trip.  She’s a real athlete and has pulled well since the win.”

Bred by Pope’s partner Tameeka Brown, she has a staying a background on the bottom half of the pedigree through first-dam Phormium (Xaar) who won 6 races up to 2100m.  Her half-brother Wool Zone won a LR WA St Leger.

Holyoake is owned by Brett and Tameeka in partnership with long-term clients John and Rosanna Dunn.  Phormium has a yearling son by All American and she was served by Long Leaf in October.

All American won a G1 Emirates Stakes over 1600m at Flemington and he’s gone on to get classic winners like Dark Dream (Queensland Derby) and Yankee Rose (Sydney Spring Champion Stakes) who is also out of a mare by Xaar (GB).

Holyoake firmed from $21 into $12 last Sunday and jockey Clint Johnston-Porter deserved a decent sling after rolling the dice with a rails ride from the back-half of the field.  She didn’t go around a horse until peeling off the heels of stablemate Tick Along (Vital Equine) to score by three-quarters of a length.

Pope was relieved to see her bounce back after never being in the call first-up at Bunbury in February.  “She began losing weight after that shocker and it had me stumped.  I thought it may have been ulcers but the vets discovered worm larvae in the stomach lining.  It was sucking all the goodness out of her.

“Apparently, she was immune to the wormer we were using.  We tried three different types before getting on top of it.  She started putting on weight and is back to normal now.”

Yankee Lou is another All American who delivered a win with fringe benefits last Sunday.  The Pakenham-based sprinter had been backed into an even-money favourite before the Meeniyan Hotel Hcp (1000m) at Stony Creek.

Yankee Lou is one of All American’s short-course specialists as evidenced by a winning range of 900m to 1200m.  Settled fourth in the run by comeback jockey Jason Maskiell, he presented in the straight to clear out by more than a length and counting on the line.

Originally in Adelaide, he was trained by David Jolly to win a 3yo maiden at Strathalbyn.  An interstate move at the start of this season saw him join Charlotte Littlefield’s stable at the new Nar Nar Goon training hub 15km east of Pakenham.

Littlefield operates under Hayfields Racing who tweeted:  “The money for Yankee Lou was spot on!”

All American (Red Ransom) stands at Geisel Park after a career-defining victory over So You Think in the fastest mile ever clocked by a stallion at Flemington.  All American was trained by Lindsay Park’s David Hayes and Yankee Lou was bred by his nephew Sam Hayes at Cornerstone Stud. 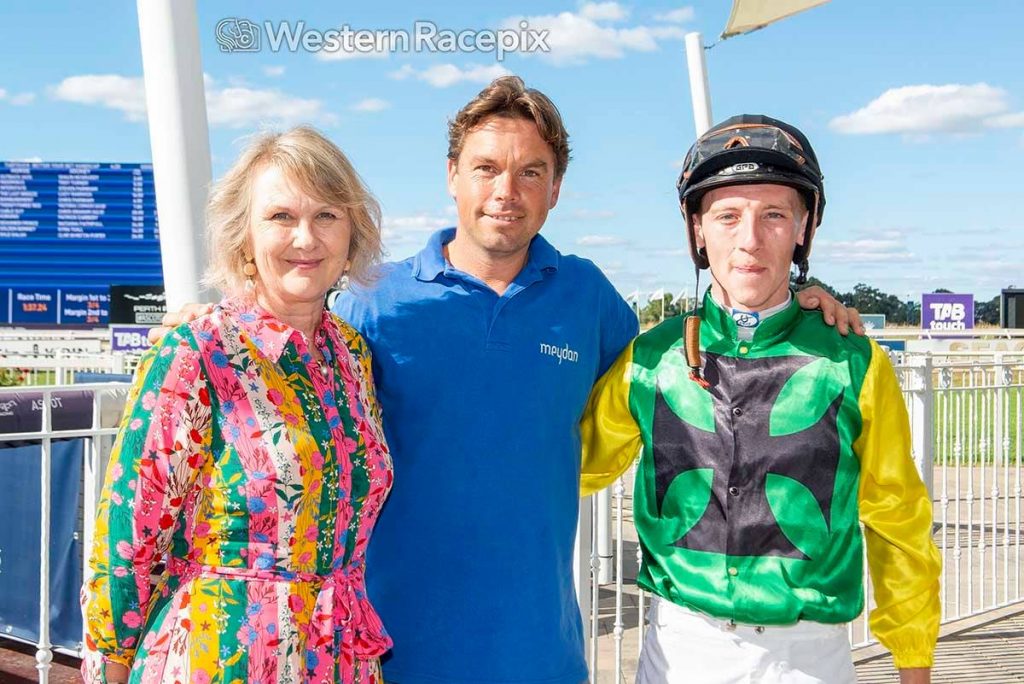