Scenic Lodge graduate How’s The Serenity was in the news after a first-up win on Wednesday when the spotlight was focused on her owners at Ascot.

The Simon Miller-trained filly overcame a wide trip in a six-horse field to score a last-stride victory in the Morley Growers Market Hcp (1000m).  She had won a Pinjarra maiden during a winter prep last year and was backed into $3.10 after working impressively since a spell.

“She won a trial at Pinjarra earlier this month and was holding her own with Miss Conteki at home,” Miller said.  “I was really bullish today.  She’s a good filly going places and will be better suited when allowed to relax in running.”

They bought her for $40,000 from Scenic Lodge’s consignment to the 2019 Perth Magic Millions.  The Muchea nursery was acting as agent for former Touchstone Farm Managing Director Glenn Martin.

Martin had raced her dam Sweet Serenity to four wins in Perth and she also earned black-type with a Listed placing in the 2011 Jungle Mist Classic.  Now based interstate, she foaled a filly by Highland Reel last October.

“I thought she got the bob but it wasn’t pretty out there three-wide,” winning jockey Willie Pike confessed.  “She raced kindly and was strong to line so will likely get out to 1200m.  She probably travelled that far today!”

How’s The Serenity continued the winning run for Scenic Lodge.  Resident sire Snippetson was represented by That’s Funny Az at Ascot last Saturday while River Beau can complete a running double there this Saturday.

Snippetson is also damsire of the Hec McLaren-trained mare Excelestial (Excelebration) who won the Amelia Park Lodge Hcp (1200m) at Ascot on Wednesday.

His Scenic barnmate Universal Ruler has the Stefan Vahala-trained mare Universal Pleasure going from strength-to-strength this campaign.  Her last-start win in the Crown Perth Hcp (1200m) at Ascot was the fourth in a line.

“I always thought she would make a good horse but she’s exceeding all expecting,” Vahala declared.  “Lucky (Ramoly) said she would lead today and I was confident after she shot out and the others didn’t drive up inside her.  When Grand Design ranged up she found again so I think she will keep improving once there’s something to run down.” 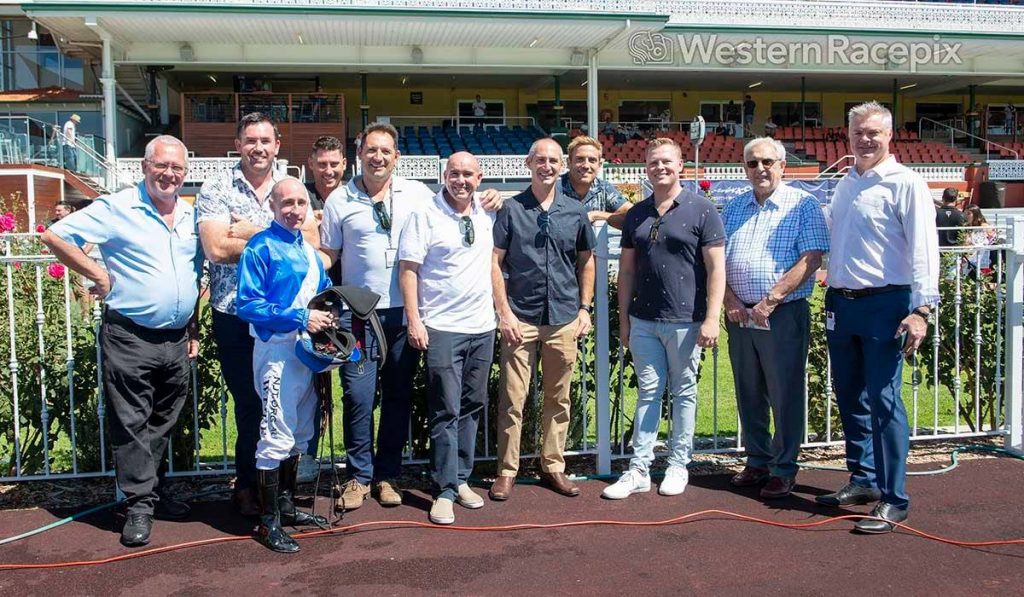