Serpentine nursery Namerik Thoroughbreds nailed a winning double at Pinjarra on Thursday with Proceeds Of Crime and Hariasa.

Proceeds Of Crime (My Admiration) won the Coil Cleaning Australia Maiden (1413m) when racing second-up for Port Kennedy trainer Chris Willis and jockey Alan Kennedy.  A $17,000 graduate from the 2018 Perth Magic Millions, he knuckled down to edge out the favourite Lucie Manette after failing to break through in previous preps with Brad Graham and Peter Fernie.

His dam Never Guilty (Favorite Trick) is a half-sister to G2 Todman Slipper winner Justice Prevails and she was purchased off the track by Namerik owner Alan Bansemer from Hunter Valley-based Amarina Farm.

Never Guilty’s most recent foals are the Adam Durrant-trained 2yo My Conviction (My Admiration) and a Safeguard colt that was knocked down to John Chalmers for $35,000 at the 2021 Perth Magic Millions.

Hariasa is also by Mogumber Park sire Safeguard and she looked to have plenty of upside winning the Peel Exhaust & Tyrepower Maiden (1000m) down the straight at Pinjarra.

Her dam Carlton Spirit (Fraar) was another astute buy for Bansemer out of the Hunter Valley.  He purchased her for $20,000 from Edinglassie Stud at the 2013 Inglis Easter Broodmare Sale. 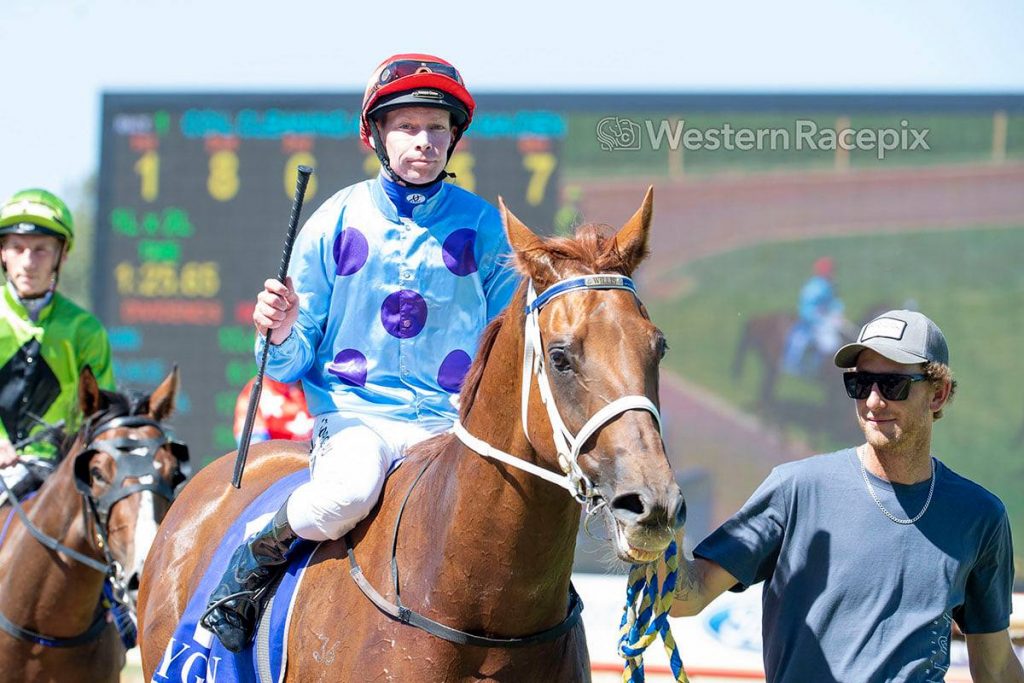