WA breeders Bob Peters and Robert Anderson will renew their Group 1 rivalry in the Newmarket Hcp (1200m) at Flemington this Saturday.

Both long-term TBWA members, they shared a dead-heat when Celebrity Queen (Redoute’s Choice) and Portland Sky (Deep Field) couldn’t be split in the G1 Oakleigh Plate (1100m) at Caulfield on February 20.

Peters has Celebrity Queen back in action on Saturday but Anderson’s straight-six representative will be his Perth Group 1 winner Elite Street (Street Boss).

Peters and his wife Sandra were happy with the decision a fortnight ago.  They kept thinking back to 1988 when Congressman dived at Imposera right on the line in the Caulfield Cup.  “Everyone was saying Congressman had won,” Peters remembered.  “But, in the end, we didn’t get it.

“When it was taking so long the other day, I said to Sandra ‘I will take a dead-heat’.  It’s still a Group 1.”  The Perth couple have won five Group 1 events so far this season which is only bettered by Godolphin.

Her second-dam Miss Margaret (Marscay) carried their cerise and while silks to Group 1 victories in the 1996 South Australian Oaks and VRC Emirates Stakes.

Elite Street defeated Celebrity Queen by a neck the last time they met in the G1 Winterbottom Stakes at Ascot in November but he has opened a $34 outsider following a dozen-length failure in the G1 Lightning Stakes (1000m) at Flemington.

Trainer Dan Morton, who saddled Scenic Blast in the 2009 Newmarket, believes Elite Street can bounce back this Saturday.  “That last run was too bad to be true and he’s worth having something on at those odds.  He’s a quality horse and we’re not just here to make up the numbers.

“He was out of sorts and too wound up before the Lightning.  The damage was done before he got in the barriers.  Hopefully, he’s in the right frame of mind on Saturday.”

Elite Street is a homebred for Robert Anderson and his wife Ann who operate Anita Vale Stud at Mardella about 50km south of Perth.  A retired Supreme Court judge, he has already tasted elite-level success at Flemington having bred and sold Scenic Shot (Mackinnon Stakes) and Ancient Song (Salinger Stakes).

Scenic Shot’s half-sister Line Of Flight (Bletchley Park) is the second-dam of Portland Sky who was an $85,000 Anita Vale graduate at the 2019 Perth Magic Millions.  Trainer Matt Laurie reports Portland Sky has come through the Oakleigh Plate without any problems and will be set for the G1 William Reid Stakes (1200m) at Moonee Valley on Friday, March 19.

Elite Street was withdrawn from the 2018 Perth Magic Millions because of high-risk x-rays.  He required surgery twice to remove bone chips and was then held back by a lung infection.

“But from that day to the Winterbottom, he didn’t miss a beat,” Anderson revealed.  “We tick along with about a half-dozen mares and only keep and race the foals we get stuck with.  Sometimes it works in our favour and, obviously, sometimes it doesn’t.”

The Andersons are partners in Elite Street with Dan Morton’s parents – Len and Annette – and their friendship goes back to the 1980s.  “He’s by Street Boss – I’ve always liked the Street Cry sireline,” he said.  “His dam Elite Ateates is by Exceed and Excel and we sourced her for $65,000 as a broodmare prospect in Victoria.  That was more than I wanted to spend but Ann was adamant we buy the mare and it turned out she was right.” 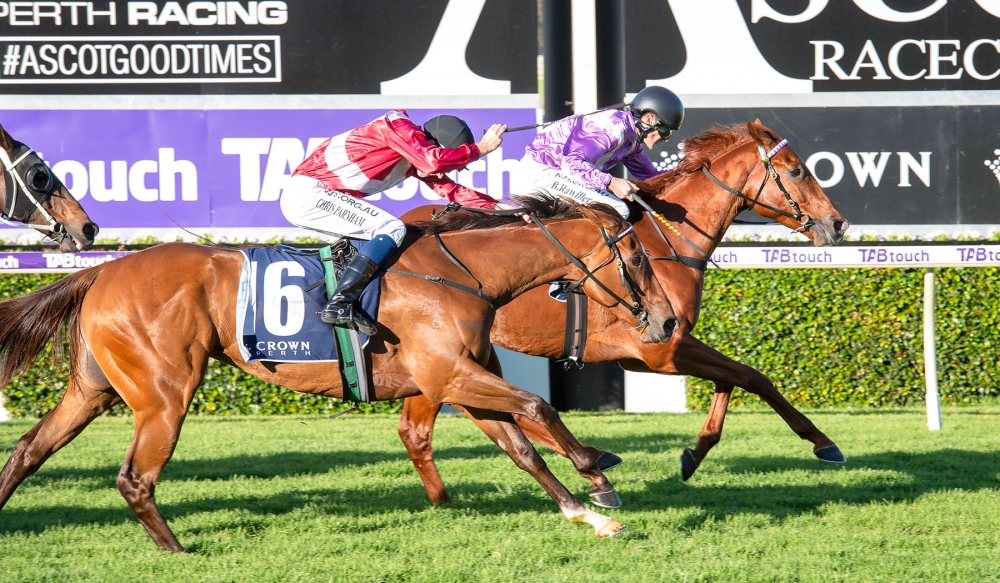