Giant filly Pat’s Got Sass started an odds-on favourite on debut at Ascot on Wednesday and she confirmed that hype with a dominant victory in the Heineken Hcp (1000m).

The 17 hands daughter of Patronize tips the scale at 530kg making her the biggest 2yo David Harrison has ever trained.  “For a filly that size, she’s so balanced and just glides over ground,” he said.  “She’s a freak.  Now she’s off to the (G3) Gimcrack Stakes and then the (G2) Karrakatta Plate.”

Pat’s Got Sass sat outside the speed and then put panels on Queen’s Gift (King’s Troop) and Warpipes (War Chant).  Bookmakers reacted by reframing markets for the Karrakatta on April 3.  She is now a $7 second-favourite behind Magic Millions 2yo Classic winner Ex Sport Man ($4.75).

“She been a natural since Day 1,” Harrison continued.  “She’s still gangly but has an economical action.  That’s a rare commodity.”

Pat’s Got Sass (2f Patronize – Sassy Flyer by Due Sasso) is a homebred for Harrison in partnership with his wife Jenny, Tony and Jill Triscari and the Atwell family who stand her sire at Darling View Thoroughbreds.  She’s a full-sister to their LR Perth Stakes winner Chix Pic.

Sassy Flyer is a half-sister to Listed winners McLurch (Hannans Hcp) and Raw Metal (Ruabon Sprint) and she has a weanling colt by Lucky Street and is in foal to Playing God.

Winning jockey Paul Harvey admitted he went into the race with positive prospects after she defeated Ascot winner Policiere in a Lark Hill trial last month.  “She had been working well at home but was all at sea once she got to the front in the straight.  It’s the first time she’s been off the bridle and will be much better when there’s one in front of her.”

Pat’s Got Sass completed a big week for Darling View.  First-season sire Lucky Street opened his account with Story Book at Pinjarra last Wednesday and I’m All The Talk’s Group 2 winner Watch Me Dance returned from a spell to win an Albany trial on Thursday.

I’m All The Talk unveiled another smart type on Sunday when Tumivet bolted in at Ascot.  Sent straight to the front by Mitch Pateman, he scored by more than three lengths on debut in the International Women’s Day Maiden (1500m).

Tumivet is trained by Martin Allen for Jan Williamson, Ann Williamson-Croucher and Lynne Asquith.  His dam Lady Alaska (Reset) was sold to Lee Cox for $7,500 at the Mungrup Stud Dispersal and she foaled a Playing God colt three weeks after changing hands. 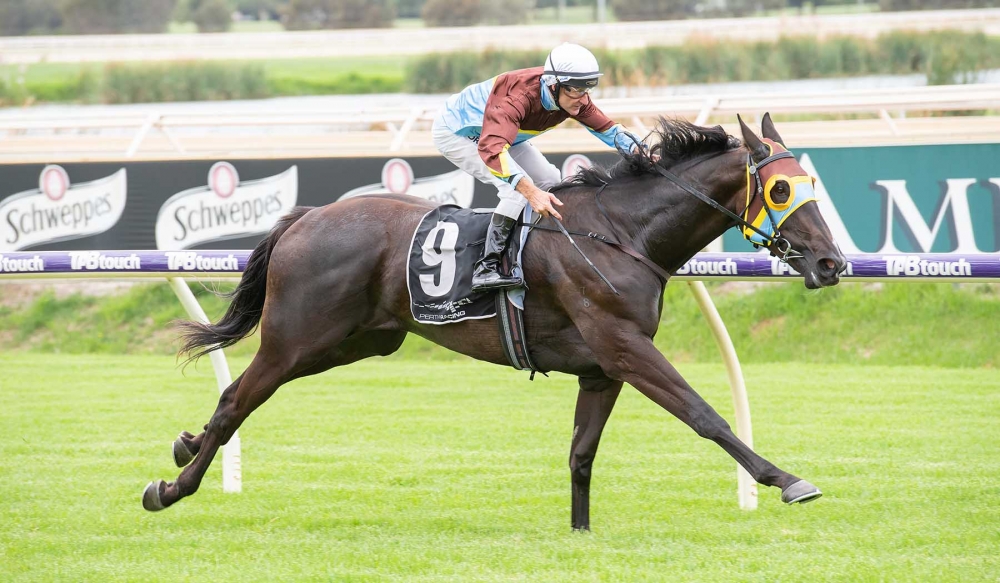