All American sprinter Sam’s Image returned to somewhere near his best form with a runaway victory in the $125,000 Drinking Driving Hcp (1100m) in Victoria on Saturday.

The John Sadler-trainee had beaten Nature Strip twice as a younger horse but his career has been compromised by hoof problems.  The best of those wins over the champion sprinter was in a VOBIS Gold Dash (1100m) at Caulfield.

“It’s very satisfying to see him come back like that,” stable spokesman Mick Nolan said at the stand-alone meeting in Bendigo.  “He’s had issues but has never felt better since being fitted with padded plates.”

Sam’s Image (6g All American – Illusionist by Favorite Trick) was bred by Bruce Mathieson who raced his dam to four wins at Moonee Valley.  She descends from celebrated broodmare Oh Calcutta (Streetfighter).

Sam’s Image was resuming from a six-month spell and looked on song for a forward run first-up on Saturday.  He tucked in behind a genuine speed and was ready to rumble at the top of the straight.  “I had plenty of horse underneath me but didn’t want to go too soon,” winning jockey Mick Dee explained.  “He hit the front and made easy work of it.  He was never going to get beaten and could have quickened again if there was a late challenge.

“He had been working extra well at home and hopefully he stays in that sort of form this campaign.”

All American (Red Ransom) stands at Geisel Park and he has sired 8 individual winners this month in Australia and Malaysia where expats Eddie Gray and Lincoln County have boosted his winning strike-rate to 78%. 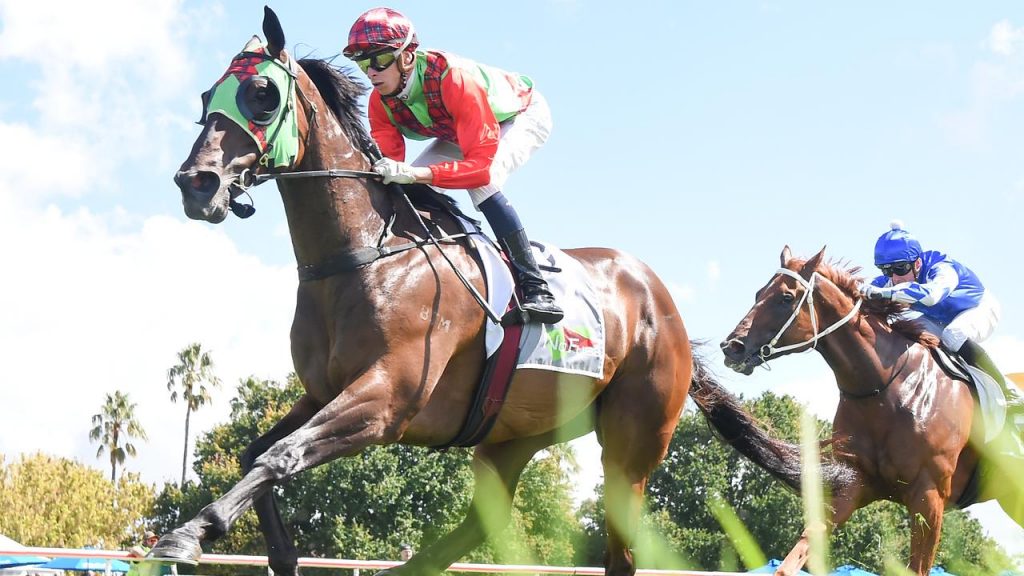