Reciting will be at double-figures for the G3 WA Oaks (2400m) at Ascot this Saturday but can’t be dismissed with an expert trainer like Colin Webster in her corner for the classic.

The daughter of Darling View Thoroughbreds sire I’m All The Talk earned her place with a power-packed, five-length victory over 1600m at Pinjarra for a syndicate that includes Webster’s wife Lyn, Rob Bransby and Paz Princi.

Webster is gunning for a third WA Oaks following Queen Inca (Jungle Boy) in 1980 and Pop Culture (Blackfriars) in 2012.

Pop Culture was also the benchmark for Perth’s fillies in her year winning the WA Oaks, WA St Leger and Ascot 1000 Guineas.  Now based in Victoria, her latest foal is a 2yo filly by boom sire Toronado (Ire).

Billy Ain’t Silly completed a double for I’m All The Talk and Webster last Thursday in the Pinjarra Cup Kids & Food Hcp (1200m).  The front-running gelding is a homebred for Bill and Patricia Robinson who are also experienced racing participants.

“He is a free-flowing galloper but was still immature last year,” Webster said.  “I knew back then he would come back after a spell and be a real racehorse.”

Billy Ain’t Silly is the first foal from blueblood Tiara Mak (Medaglia D’Oro) who was the only mare to continue the line of her Group 2-winning dam Kalatiara (Metal Storm).  She boards at Alwyn Park and has a filly foal by Maschino.

Webster also prepares I’m All The Talk’s Belmont juvenile winner Dad’s Bigheaded for the Robinsons who founded Sesco Security Systems at Guildford in 1971.  He hasn’t been seen since clipping heels and dislodging Jordie Turner at Ascot on Boxing Day. 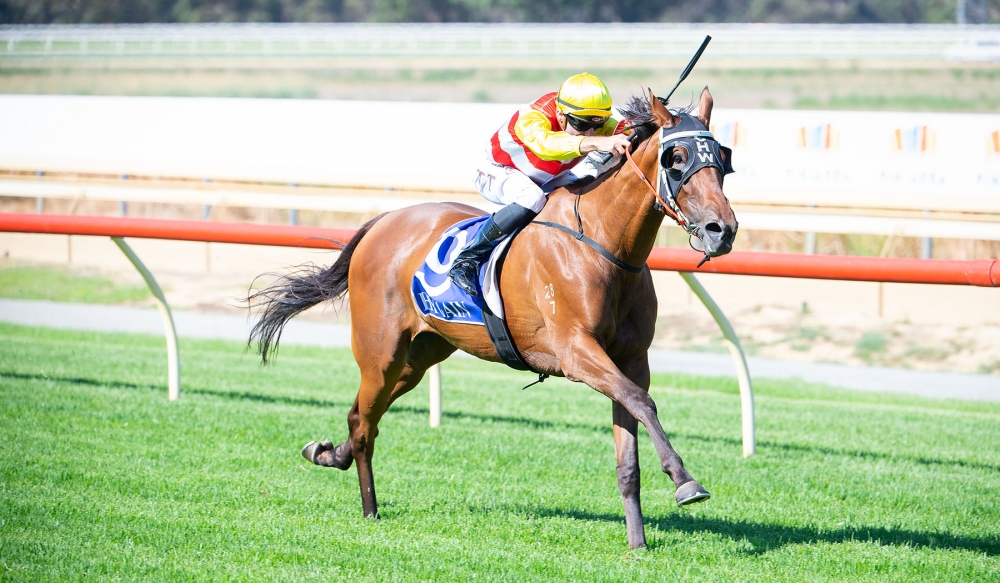