Every Sires’ winner for the last decade – bar one – has come off a fortnight’s break from the G2 Karrakatta Plate.  The only exception has been Prentice (Blackfriars) in 2014 and he has a link with Featherweight as both were bred and sold by Scenic Lodge.

Featherweight is none the worse for his narrow win over Ain’t No Other Man (Gingerbread Man) in the Crown Perth Plate (1100m) at Ascot last Saturday.  “He’s a happy horse and has pulled up well so we will press ahead,” Morton said.  “He had been unlucky not have won before last weekend.  He’s a nice horse in the making and will be all the better next season.”

Saturday’s win was his fourth start since a debut second to Pixie Chix at Ascot on February 21 and there were pre-race concerns he may have trained off.  “He was stirred up in the yard and it didn’t help when the start was delayed,” Morton added.  “He over-raced and was caught wide but fought it out to the line.  I thought he had won but wasn’t so sure after watching the replay.”

Featherweight was a $45,000 buy from Scenic Lodge at the 2020 Perth Magic Millions.  His dam Prime Knockout (Mossman) has also thrown LR Ascot 1000 Guineas winner Like A Butterfly (Blackfriars) and her latest foal is a weanling colt by Star Witness.

Featherweight was the first-leg of a running-double for Snippetson on Saturday.  The Dion Luciani-trained That’s Funny Az led home a trifecta for the Muchea nursery in the Amelia Park Hcp (1600m) when he defeated Blackfriars duo Mackenzie Brooke and Friaresque.

That’s Funny Az (4g Snippetson – Scenic Fair by Scenic) has won his last four in a row since resuming from a spell.  “I wouldn’t mind six horses just like him in the stable,” Luciani declared.  “He suffered from gastric ulcers previously and I have to thank Lindsey Smith for his advice.  That’s been the catalyst for the improvement.”

Snippetson added some classic black-type later in the day when Kerman Rock was placed in the G2 WA Derby.  He had won a Northam maiden at the start of the season and is bred to make the grade as a stayer next season.

Scenic Lodge bought his dam Brimarsco (Encosta de Lago) at the 2015 Inglis Great Southern Sale in Melbourne.  She is a daughter of Grand Journey who won the 2008 WA Derby when it was a Group 1. 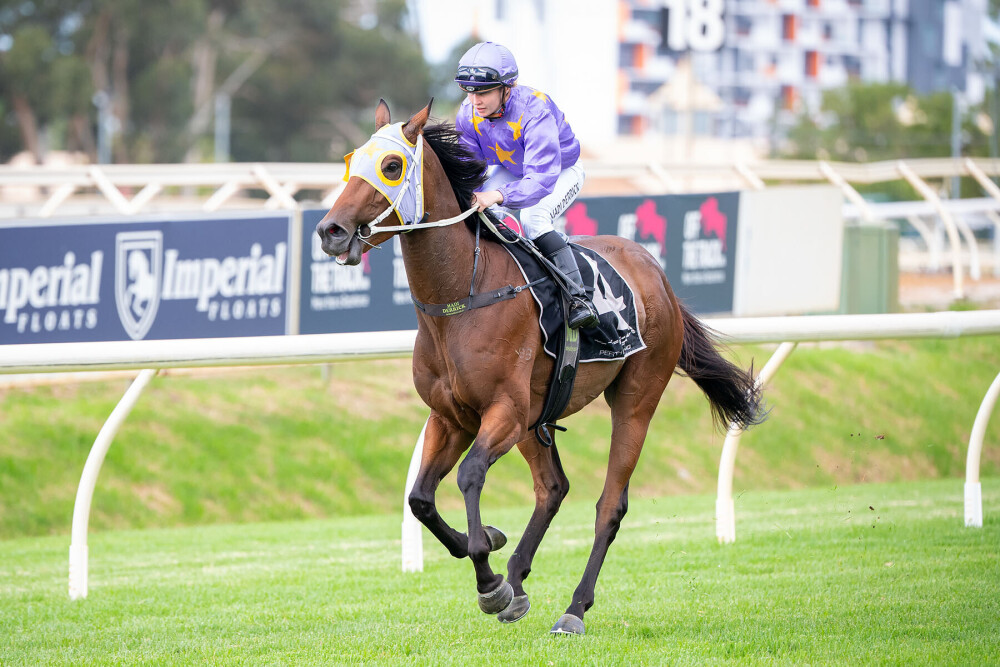