Kaptain Kaos brought up a hat-trick at Ascot on Saturday making a permanent transition to thoroughbred training all the more likely for Michael Grantham.

Grantham combined driving at the Gloucester Park and Bunbury trots on Friday and Saturday nights between saddling up Kaptain Kaos in the Cool Ridge Hcp (1200m).  Then it was off to Pinjarra on Sunday where his mare Hip Wiggle (Universal Ruler) was placed at her first start for the stable.

“It’s a privilege training a horse who is good enough to be competitive on a Saturday,” he said.  “It looked like he missed the kick but with Chris (Parnham) riding I wasn’t too stressed.”

Kaptain Kaos (3g Demerit – Velvet Strike by Commands) had opened his account in a Bunbury maiden on March 11 before breaking through in town a fortnight later.  “I’ve kept him fresh going up in grade.  He pulled a bit although I think the further back he settles the better.  He proved that today.”

Known as ‘Mickey G’, Grantham trained his first winner for his father Mark when Top Trade was successful at Northam in October.  The Trade Fair gelding had been winless in 16 starts before arriving at Michael’s Banjup stables.

“I will keep driving at the trots but I’m down to just one pacer now,” he said.  “Justin (Warwick) and Grant (Williams) made the move so I’m not the first.”

Grantham, 26, was a successful jockey when apprenticed to his mother Kellie but, like his father, weight caught up after a couple of years in the saddle.  “I started at the gallops and it’s a bit more relaxing,” he said  “Kaptain Kaos is a placid horse around the stables and we will probably step him up in distance next prep.  I think he will go a long way.” 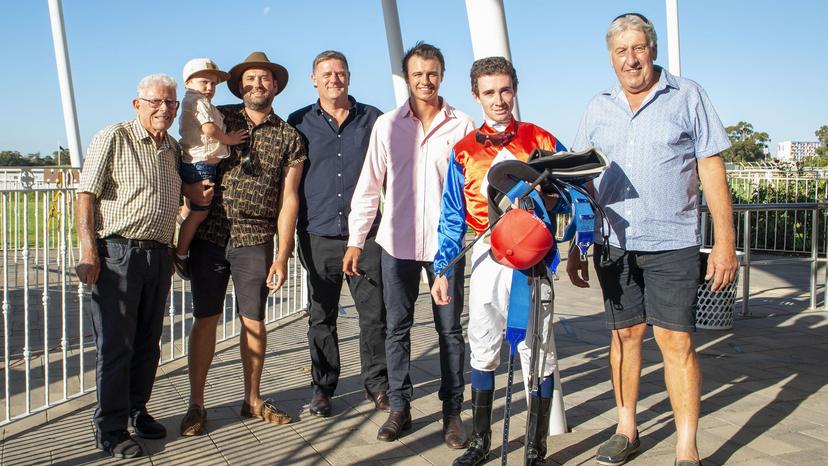