Safeguard’s current 2yo crop had been making their presence felt before his flashy chestnut Written Exceed took it to another level on Wednesday.

Written Exceed cut his rivals to ribbons in the Amelia Park Lodge Maiden (1100m) at Ascot.  The Trevor Andrews-trained colt looked readymade on debut controlling the race and then putting them away with a sharp sprint under Willie Pike.

The win coincided with Mogumber Park’s Colin Brown releasing the services fees for Safeguard and Rommel this week.  “Both horses are performing really well,” he said.  “They’re priced to attract a larger number of mares in a very competitive market.”

“Rommel is currently 7th on the Australian first season sires list from only 8 runners.  There is a lot of interest for him for the upcoming season,” Brown noted.  “Safeguard has 9% stakes performers to runners and 60% winners to runners and he’s unveiling a smart group of 2yos this season,”

Safeguard filly Policiere was off the mark before Christmas at Ascot and was also runner-up in the G3 Gimcrack.  The Dan Morton-trained Buzzoom was another winner first-up and she led home a Safeguard quinella from Sheeaclassychix at Ascot last week.

Brown sold Written Exceed as part of the Mogumber Park draft at the 2020 Perth Magic Millions.  Trevor Andrews paid $80,000 on behalf of a ladies syndicate having trained his dam Gracie May (Written Tycoon) to a running double at Ascot in January 2016.

“We’ve had a big opinion of him,” Andrews said.  “He found the front quite easily but was green and is still learning.  He might have a nice future.”

Colin Brown can be contacted for further details on 0408 251 880 / info@mogumberpark.com 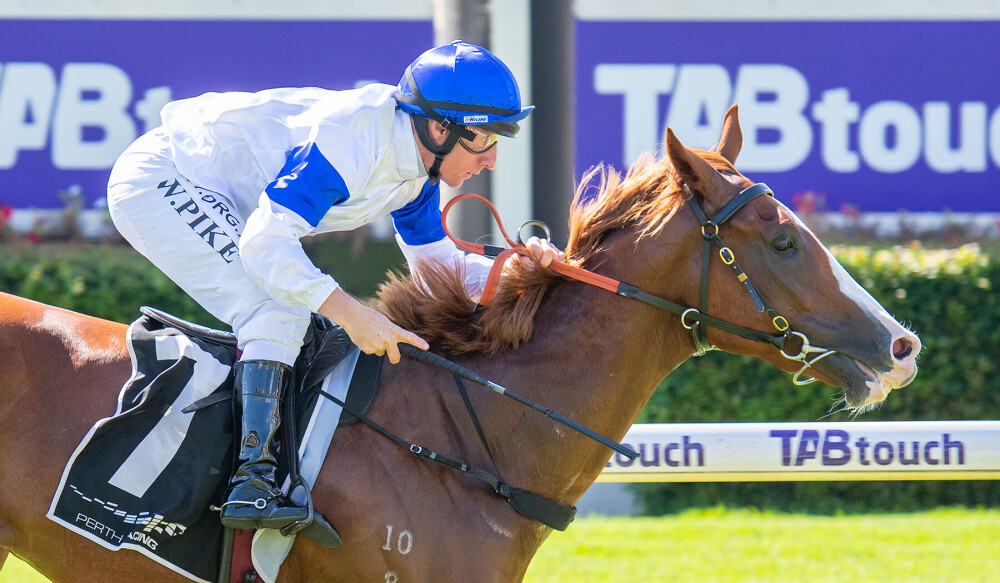