Saturday’s win might have been her first since February 2020 but City Circle has been a reliable money-spinner for Parnham’s wife Carol and Yarradale Stud’s Ron Sayers.  The 5yo mare has won 5 times and been placed on another 12 occasions for prizemoney of $188,765 including Westspeed Bonuses of $16,000.

“She’s been a consistent mare and will probably be retired to stud later this year,” Parnham said after she got the better of fellow front-runner Fiery Water (Playing God) on a leader-biased track.  “She chased the other horse down and that suits the way she races.

“There’s not much of her so we don’t have to do a lot between races.  She was backing up off a seven-day break and I thought she would be hard to beat.”

Saturday’s winning percentage paid for Parnham’s travelling expenses to Sydney, however, he will be looking to syndicate the two yearlings he bought at Riverside Stable.  The Pierro – Reply Churlish (NZ) filly from Willow Park cost $100,000 and is out of a Sydney winning half-sister to Darci Be Good (G3 Newcastle Spring Stakes & G3 Hawkesbury Cup).

The Zoustar – She’s Cherryrype filly was part of the Widden Stud consignment sold on behalf of breeder Peter Devitt.  She’s a half-sister to Melbourne stakes performers Shokara and Muswellbrook and was knocked down for $350,000.

Parnham bought into City Circle’s family when he purchased her dam Flying Angel (Flying Spur) for $50,000 from Ealing Park (as agent) at the 2007 Inglis Melbourne Yearling Sale.

Flying Angel won on debut at Belmont but injuries curtailed her career to just four starts.  She has made up for that setback at stud foaling winners by Victorian sire Statue Of Liberty and Yarradale stallions Musket, Frost Giant (USA), Vital Equine (Ire) and City Circle’s sire City Place (USA). 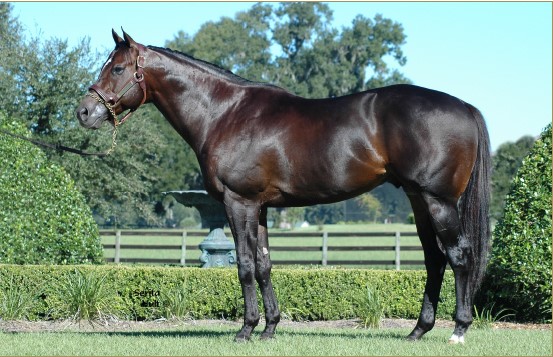