Western Empire (NZ) will be the leading light for Peters Investments next season following his determined victory in the G2 WATC Derby (2400m) at Ascot.

The Iffraaj (GB) homebred started a long odds-on favourite but had to work hard to defeat gallant filly Temptacion (All Too Hard) by three-quarters of a length on Saturday.  Kerman Rock (Snippetson) finished a further long-head away for third.

Western Empire is the latest of 11 WA Derby winners for owner-breeders Bob and Sandra Peters.  He  went into the classic on the back of victories in the LR Lex Piper Stakes (1600m), LR Roberts Stakes (1800m) and LR Melvista Stakes (2200m).

“It didn’t look so good when he was pulling so hard and was wide early,” Peters said.  “He has done a good job because he has been up a long time.  He will have a good spell now and we will bring him back for the Summer Carnival.”

Western Empire has raced every month since a debut placing at Northam back in October.  He won a Bunbury maiden in January and his only loss since then was in the LR Challenge Stakes (1500m) at Ascot in February.

“If he had won the Challenge, he was booked on the plane to go to Melbourne for the Australian Guineas,” Peters recalled.  “It’s a Group 1 worth a million dollars so he’s had to do a lot of racing to get anywhere near what he possibly could have won over there.”

Stable jockey Willie Pike believes there is plenty of upside to his tenth WA Derby winner.  “It was a true staying test and the form is good out of the race.  It’s probably a bit early to say what his best distance will be.  If he comes back that same fiery horse then a mile might be his go, but they tend to chill out a bit after they have been up over ground.” 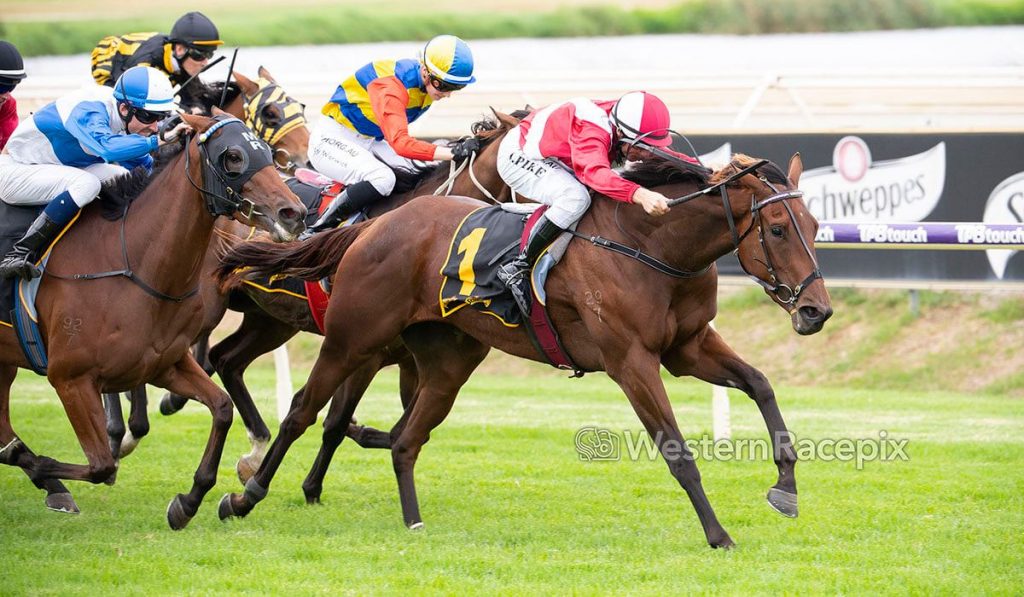