Brasada has been resurrected from an early retirement by ground-breaking treatment developed in Germany.

The All American sprinter was sidelined from November 2018 until earlier this year but showed no ill-effects from the prolonged time out with a powerful victory at Bendigo on Tuesday.

Trained by Leon and Troy Corstens, he settled at the tail of the field in the Bendigo Magazine Hcp (1400m) before unleashing down the centre of the track for Lachlan King.  “He’s a serious horse,” Troy Corstens declared after watching the win at the Inglis Easter Yearling Sales.  “We always knew he had a helluva lot of ability but he did two tendons.”

Brasada is a 6yo with just a half-dozen starts on his career-card.  “We almost gave up hope,” Corstens admitted.  “Then I heard about this rehab that was getting good results in Germany.  Now it’s full steam ahead with Brasada and we think he can win in town this prep.”

Corstens wouldn’t be drawn on specific details behind the treatment but did confirm it’s been successful on two of his horses stabled at Flemington.

Brasada had won his maiden second time out at Cranbourne before going amiss.  “He got so stirred up that day he forgot he was there to race,” Corstens recalled.  “He missed the start before putting in big strides down the straight.  We were very upbeat about the performance but then he injured the first tendon.”

Geisel Park stallion All American got him from USA mare Ranchy (Siphon) who was a 2yo winner in California.  She was bred by Overbrook Farm and is out of a half-sister to Overbrook legend Storm Cat.

All American stakes winner Kallaroo races first-up from a spell in the Cool Ridge Hcp (1200m) at Ascot on Saturday.  He defeated G2 WA Derby favourite Western Empire in the LR Fairetha Stakes during the summer carnival and looked up to the mark when placed behind Rock Magic in a recent trial at Belmont. 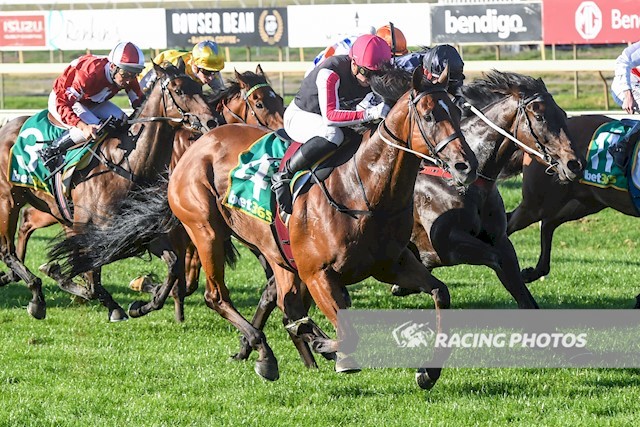