Ex Sport Man validated the Magic Millions Classic as a reliable guide for the G2 Karrakatta Plate when he won Perth’s premier 2yo race at Ascot on Saturday.

The Playing God gelding missed the start before unleashing a powerful sprint in the straight to collar Liwa (Mulaazem) and Pat’s Got Sass (Patronize) close to home.  He’s the fourth youngster to complete the Magic Millions – Karrakatta double in recent years following Lucky Street (2015), Lucy Mae (2017) and Valour Road (2018).

“I thought he should have been the favourite,” trainer Steve Wolfe said after Ex Sport Man saluted at $16.  “He won the Magic Millions and then ran a sensational race on the worst part of the track in the Perth Stakes.  I knew he would improve and I was confident today.”

“I let my horses do the talking and this horse is the superior youngster in WA.  He missed the start but I knew he just needed a clear run to win.”

He was bred by Donald O’Shannassy and is the first foal from Buhn Lert (Oratorio) who won 8 races including three at Ascot.  She has a yearling filly by Tapit sire A Lot (USA) and was bred back to him at Willaview Park last year.

His sire Playing God (Blackfriars) has taken over at the top of the WA 2yo sires’ premiership with earnings of $507,492 to lead Rommel ($354,122) and Snippetson ($304,692).  Now based at Darling View Thoroughbreds, his latest book was limited to 96 mares after being hospitalised for colon surgery in November.

Darling View also stands Patronize who sired Karrakatta favourite Pat’s Got Sass.  She wasn’t disgraced going down no more than a neck in a three-way finish.

Lordhelpmerun was from Playing God’s first crop and he went on to win the G3 WA Sires’ Produce Stakes.  Ex Sport Man will follow the same route but his supporters won’t be getting any fancy odds on April 17. 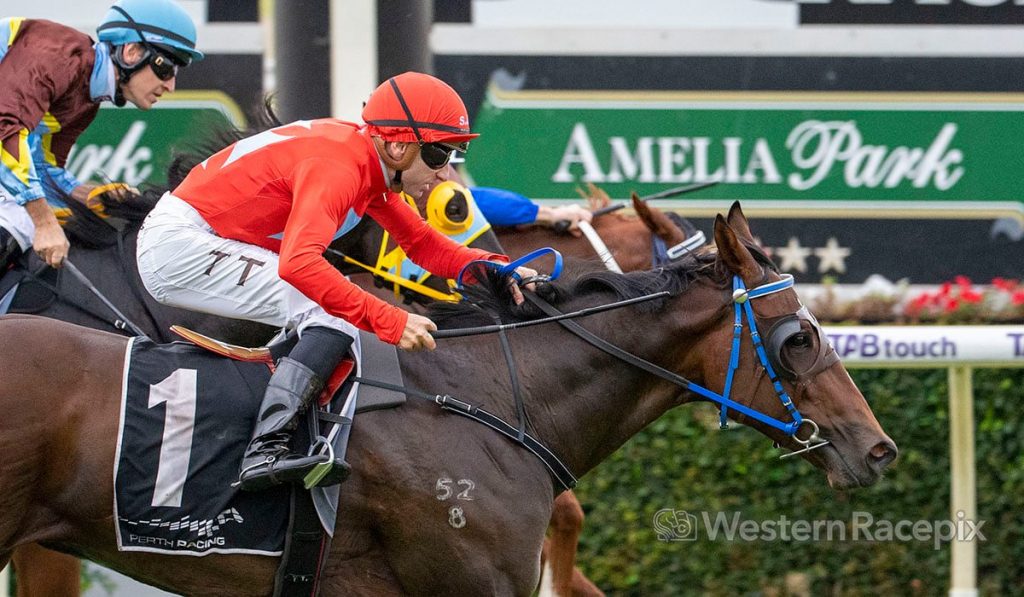